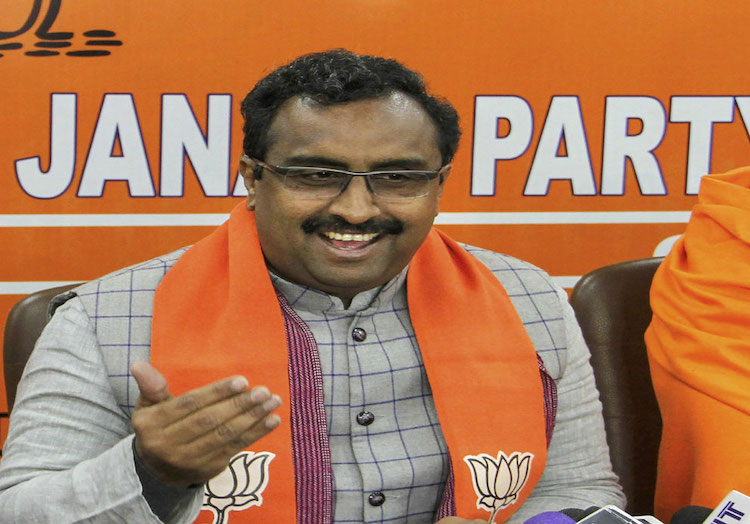 New Delhi: The Bhartiya Janata Party’s general secretary, Ram Madhav, on Wednesday, claimed that the party has finalized its alliances in the northeast and have set the target of winning at least 22 out of 25 Lok Sabha seats from eight states of the region, including Sikkim.

Madhav who is BJP’s in charge of northeast, reportedly held a series of discussions in Guwahati, on Tuesday, till past midnight and sealed the alliance with six parties there, Asom Gana Parishad, Bodoland Peoples Front, Indigenous Peoples Front of Tripura, National People's Party, Nationalist Democratic Progressive Party and the Sikkim Krantikari Morcha.

Interestingly, the Asom Gana Parishad broke off with the BJP over the Citizenship (Amendment) Bill row.

He had a meeting, on Wednesday, with the Tripura chief minister, Biplab Kumar Deb, and leaders of the Indigenous People’s Front of Tripura in Agartala. These alliances have been finalized under the North East Democratic Alliance, the BJP-led National Democratic Alliance’s political coalition with the regional parties of the region.

Madhav posted about the same on his Facebook page, where he said: “This alliance has the potential of winning not less than 22 out of 25 seats in the region and play an important role in seeing Modi-ji as the PM once again.”