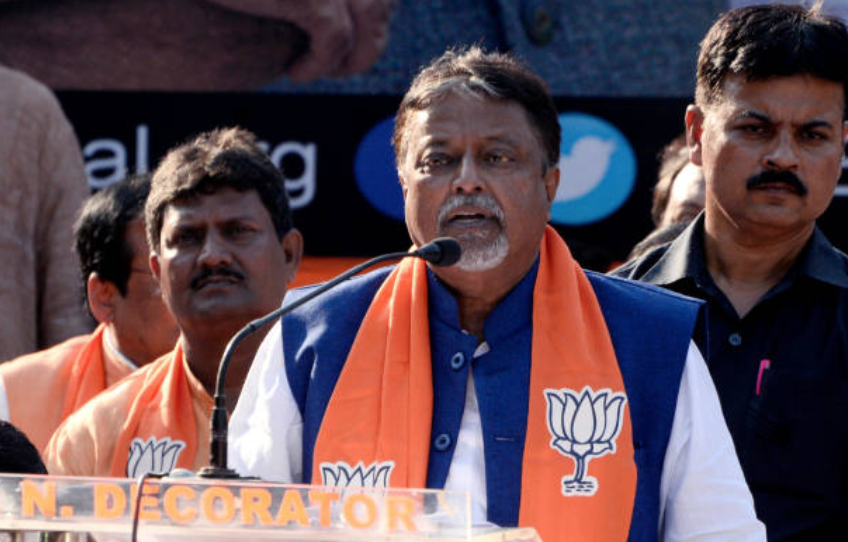 New Delhi: Bharatiya Janata Party senior leader from West Bengal and former Trinamool Congress secretary Mukul Roy has been booked, on Sunday, in connection with the murder of TMC member of legislative assembly Satyajit Biswas in Nadia district of West Bengal. The West Bengal police have named Mukul Roy and three other people in the FIR regarding murder of the MLA.

Satyajit Biswas, a Krishnaganj MLA, was shot dead from a point-blank range by unidentified assailants while he was attending an event organized inside a Saraswati Puja pandal at Phoolbari village, on Saturday evening. He was immediately taken to the local hospital, where doctors declared him “brought dead”.

The West Bengal Police have arrested two people, Kartik Mondal and Sujit Mondal, so far, in the case. They have been remanded were remanded to a 14-day police custody. The officer in charge of Hanskhali Police station and the personal security officer of Satyajit Biswas, who was reportedly on leave on Saturday when the incident happened, have been suspended and a departmental inquiry has also been initiated.

“So far, we have arrested two people and detained three others. A countrymade revolver used to shoot the MLA has also been recovered,” a police officer said.

West Bengal education minister Partha Chatterjee, while accusing the BJP for the murder, said, “A dangabaz (riotous) bloodthirsty party like the BJP is capable of such acts. People of this country know it well. The way they have been provoking people, it's the result of such acts.”

Mukul Roy, who has joined BJP last year because of differences with TMC chief Mamata Banerjee, denied the allegations saying the move has been “politically motivated”.

Chief minister Mamata Banerjee has assured all assistance to the family members of the deceased MLA.