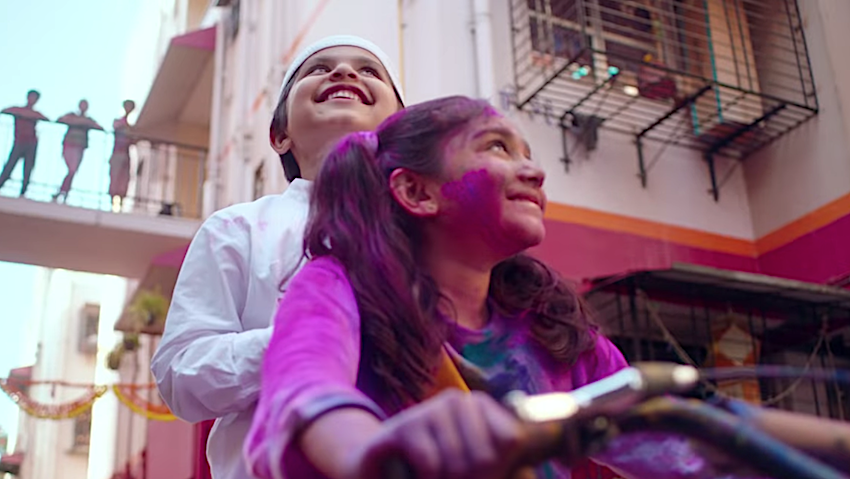 A screenshot from the controversial Surf Excel ad.

The one-minute-long ad features a young Hindu girl, dressed in a white t-shirt, who chooses to get stained in Holi colours in order to protect her young Muslim friend who has to go to the nearby mosque to pray.

Hindustan Unilever attempted to promote religious harmony and bringing people together with the power of colours in their latest ad campaign.

However, the campaign has faced the wrath of right-wingers on social media who felt that the ad is “Hinduphobic” and was an attempt to showcase that namaaz (Muslim prayer) is more important than Holi. Some even called it an attempt to promote “love jihad”, which is a term given for alleged grooming of Hindu girls by Muslim men with the intention of converting the girls to Islam.

Right-wingers on Twitter trended the hashtag #BoycottSurfExcel and #BoycottHindustanLever over this add. Many shared photos of them trashing HUL products in protest, while some tweeting collage of logos of HUL products calling for their boycott.

However, there were many voices who said the right-wingers were exposing their “bigotry” by outraging over this “beautiful” ad.

I am no fan of #Holi, but I am a big fan of anything that pisses off bigots. #SurfExcel #FTW. https://t.co/4LCD23ahJU

@HUL_News The surf excel ad is lovely. Do not get cowed down by a bunch of bigots. They cannot harm you in any way. #SupportSurfExcel. #SurfExcel
Do not #BoycottSurfExcel. Do not #BoycottHULproducts.

Some even made fun of those who called for the boycott of HUL products.

This is the Surf Excel ad that triggered the “outrage”: