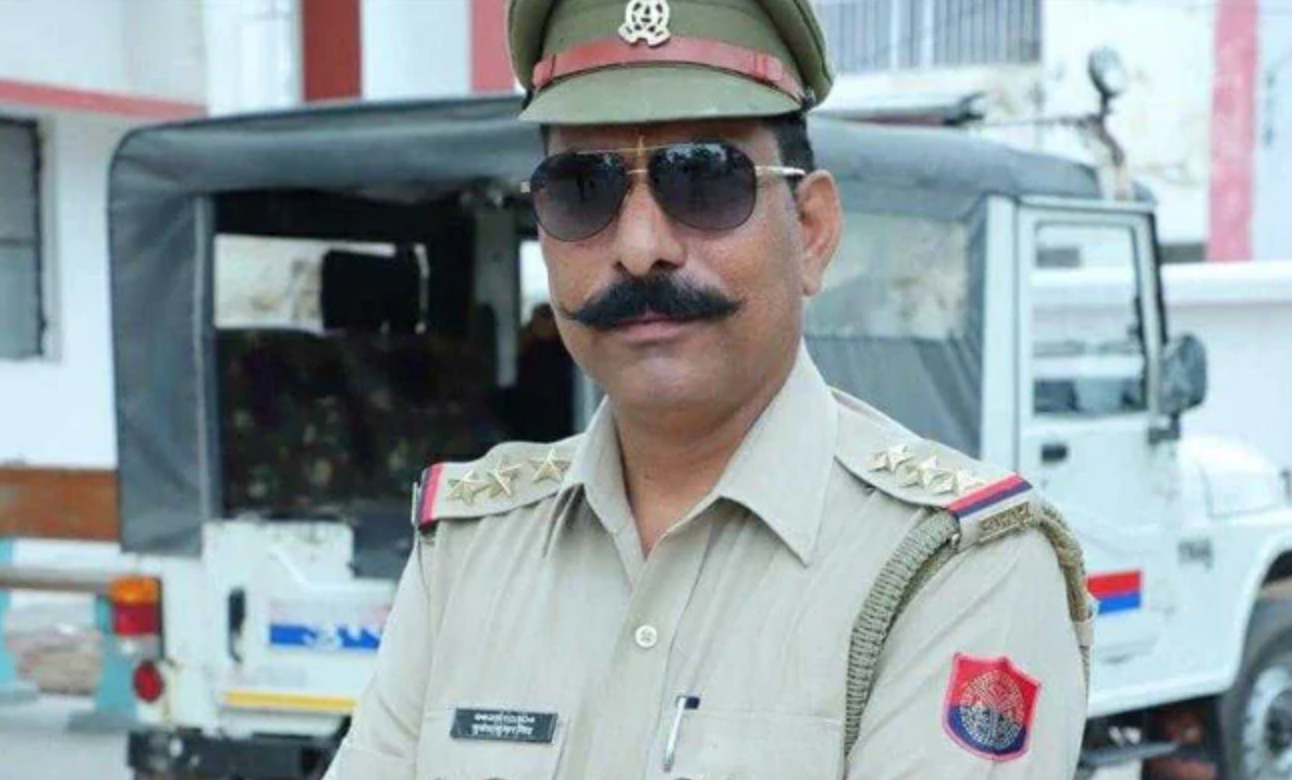 New Delhi: A group of retired civil servants has demanded the resignation of Uttar Pradesh chief minister Yogi Adityanath because he directed the state police to focus on the alleged cow slaughter that triggered the violence in Bulandshahr earlier this month, rather than to take action against the perpetrators of the mob violence, which left a police officer and a youth dead.

A group of 83 retired, IAS, IPS and other all-India service officers termed the December 3 killing of inspector Subodh Kumar Singh as “cold-blooded murder” in a letter and pointed out the killing of a police officer represents an assault on civilized society.

The letter said: “World over, in any civilized society, the killing of a policeman is a more serious offence than any other crime, because it represents an assault on the very basis of that civilization. It brooks no tolerance and even the most fractious of social and political groups come together to ensure that the perpetrators of such a crime are given exemplary punishment so that no one ever dares to attack the authority of law.”

The letter also assailed Prime Minister Narendra Modi for his silence over the Bulandshahr violence. It says: “Our prime minister, who is so voluble in his election campaigns and who never tires of telling us of how the Constitution of India is the only holy book he worships, maintains stony silence even as he sees a chief minister handpicked by him treat that same Constitution with sheer contempt. It is evident that, for the Sangh Parivar, constitutional morality is of no value and is necessarily subordinate to the ideals of majoritarian supremacy.”

On Wednesday, Adityanath declared the Bulandshahr violence as “political conspiracy”.

Full text of the open letter (as it is written):

We are a group of retired civil servants from the All India and Central Services who, having spent long years in the service of the Constitution of India, have come together to express ourselves on issues of governance and public policy that have a bearing on constitutional principles, conduct and ethics. Since June 2017, when we first came together, we have spoken out on several occasions when we felt that constitutional values were under threat and that it was incumbent on us to voice our concerns publicly. As a group we have no affiliations with any political party nor do we subscribe to any ideology other than the values enshrined in the Constitution.

It is a measure of the rapid erosion of constitutional values that we, as a group, have felt a compelling need to speak out as many as nine times in the last eighteen months. The pace of erosion has been frightening and with each slip we seem to sink further into a lawless abyss.

The mob violence in Bulandshahr in Uttar Pradesh (U.P), on 3 December 2018, instigated and engineered with malicious intent, which led to the cold-blooded murder of a police officer brave enough to step forward single-handedly to pacify the mob, marks the most dangerous turn yet in the direction taken by the politics of hate in recent times. It shows that in India’s most populous state, Uttar Pradesh, fundamental principles of governance, of constitutional ethics and of humane social conduct stand perverted. The Chief Minister of the state acts as a high priest of the agenda of bigotry and majoritarian supremacy – an agenda which now seems to take precedence over everything else.

Why is this incident such a frightening indicator of the complete collapse of constitutional values? This is not the first instance of a situation intentionally created to foment communal tension. The history of U.P. is replete with such instances. This is not the first time that a policeman has been killed by a frenzied mob. This is also not the first time that the politics of cow protection has been used as a means of isolating and cornering the Muslim community and deepening the social divide.

All this we have seen before but, so far, we had the confidence that whenever a political party actually forms a Government it keeps its partisan political agenda at bay and begins to exercise power with a sense of responsibility so as to gain wider political acceptability. The Bulandshahr episode, which follows a succession of events aimed at isolating and intimidating Muslim communities in U.P., shows that, under Yogi Adityanath, that confidence is misplaced and that hooliganism and thuggery have been mainstreamed into governance not just to intimidate minorities but to teach a lesson to anyone, including police personnel and others in the administration, who dare to be evenhanded in their approach to minority communities.

While it may be premature to come to conclusions about the murder of Inspector Subodh Kumar Singh before the investigations are over, there is no doubt that there was nothing spontaneous about the violence that led to his killing, nor is there any doubt as to who the political elements were that aided and abetted the violence. This was a deliberate attempt to display majoritarian muscle and send a message to the Muslim communities living in the region that they have to live in fear, accept their subordinate status and conform to the cultural diktats of the majority community.

Inspector Subodh Kumar Singh’s reputation of being independent and even-handed and his refusal to act in haste on the complaint of illegal cow slaughter that allegedly took place under his watch, was obviously seen as defiance of the majoritarian will. The local BJP and Sangh Parivar elements had already complained about his anti-Hindu conduct and sought his transfer. He was an impediment to their communal plans and had to go. Much as the Chief Minister may try to mislead by calling it an accident, this was murder with intent. It was murder most foul.

As horrifying as the brazen, daylight murder of a courageous police officer is the response of the administration to the event. The Chief Minister refuses to acknowledge the gravity of the incident and its communal intent, condemn the perpetrators of violence or direct the police to take action against them but instead asks them to focus attention on those responsible for illegal cow slaughter. The police authorities themselves draw an equivalence between the killing of a police officer and the illegal slaughter of cows and claim that unless both crimes are investigated together it will not be possible to come to any conclusions about the violence of the mob and the murder of a colleague.

Ample video graphed evidence exists to show that those engaged in violence and their leaders, as well as those who egged them on, are allowed to roam scot-free while, at the same time, alleged cow killers, against whom not a shred of evidence exists, are taken into custody, just because they are Muslims. Three of the main accused in the mob violence leading to the death of the police officer flaunt their affiliations to the Sangh Parivar and one of them openly declares that the slain police officer was corrupt, friendly with Muslims and anti-Hindu, implying thereby that he deserved his fate.

World over, in any civilized society, the killing of a policeman is a more serious offence than any other crime, because it represents an assault on the very basis of that civilization. It brooks no tolerance and even the most fractious of social and political groups come together to ensure that the perpetrators of such a crime are given exemplary punishment so that no one ever dares to attack the authority of law. In U.P. on the other hand we are witness to the entire administration, presided over by a Chief Minister who flaunts his bigotry as his badge of identity, preparing the ground not for bringing the perpetrators to book but for protecting them as defenders of faith and culture. This is the Rule of Lawlessness.

Our colleagues in service, in the Police and the Civil Administration appear, with honourable exceptions, to have capitulated readily to this perverted political order. They seem to have forgotten that their primary allegiance is to the Constitution and the Rule of Law, and that their constitutional status provides them an armour of such extraordinary strength that, had they taken steps to check the growing menace of the Hindutva brigade, they could certainly have prevented the outbreak of violence. Instead they not only allowed these hooligans to grow in confidence and gather political strength, they helped them gain impunity in their lawless actions.

Even now if they – the Chief Secretary, the Director General of Police, the Home Secretary, the District Magistrate and the district police authorities – stand together to uncover the insidious political agenda, identify its masterminds and bring the hooligans involved in the violence to book, they stand a chance to redeem their pledge to the Constitution and live up to the expectations that citizens have of the higher civil services.

Our Prime Minister, who is so voluble in his election campaigns and who never tires of telling us of how the Constitution of India is the only holy book he worships, maintains stony silence even as he sees a Chief Minister handpicked by him treat that same Constitution with sheer contempt. It is evident that, for the Sangh Parivar, constitutional morality is of no value and is necessarily subordinate to the ideals of majoritarian supremacy.

Never before in recent history has the politics of hate, division and exclusion been so dominant and the poisonous ideology which informs it penetrated so deep into the body politic. Never before has hate been directed with such calculated intent against minority communities, hate which is nursed, aided and abetted by those in power. Violence has been given social and political sanction and perpetrators of violence have been treated with kid gloves while victims have been punished and harassed.

This is a critical moment and we cannot take it lying down anymore. We call upon all citizens to unite in a crusade against the politics of hate and division – a politics which aims to destroy the fundamental principles on which our Republic is founded. We ask all citizens to whom constitutional values matter to join us in reasserting our sovereignty as citizens to:

Singh sacrificed his life. His martyrdom will not be in vain.