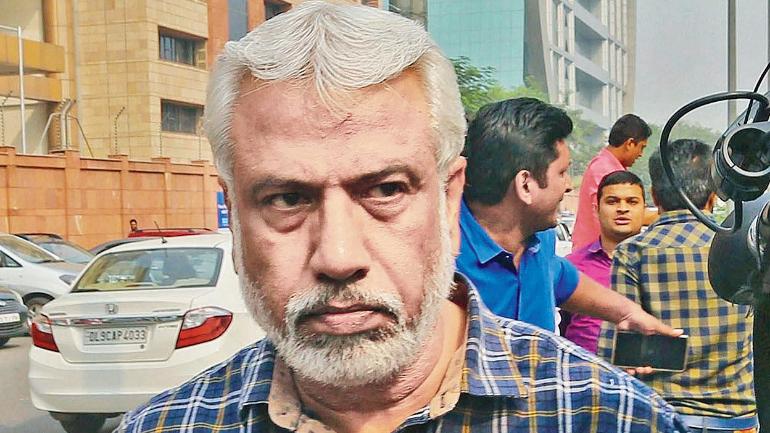 New Delhi: A Central Bureau of Investigation deputy superintendent of police, Ajay Kumar Bassi – who was investigating the corruption and bribery case against CBI deputy director Rakesh Asthana, has accused government for abruptly transferring him to Port Blair to clear Asthana’s name. He has filed a petition in the Supreme Court, on Monday, requesting the court to cancel the transfer order.

The application filed by Bassi states that he is “being victimised by the present ‘acting’ CBI director, M Nageshwar Rao, who represents ‘certain elements’ within the CBI” and Rai “doesn’t want him to conduct a free and fair investigation in the Asthana FIR.”

Bassi’s petition also says it was Rao who had passed the “infamous transfer” order dated October 24, 2018 of the petitioner and it is again the same Rao at whose “behest and direction” the instant impugned transfer order has passed, in “utter disregard” to the judgment of the Supreme Court.” In the wee hours of October 24, CBI director Alok Verma and the special director Rakesh Asthana were removed by the government in a dramatic fashion.

He has accused the government that it intended to bring their choice of officer to give clean chit to Asthana. He has further assured that he is only challenging his sudden transfer and not asking to be assigned to the investigation team.

Bassi’s petition states: “The petitioner does not pray that he be assigned to the investigation team that is investigating the Asthana FIR. However, the petitioner herein does have a vested right to be protected against invidious discrimination and victimization, merely for discharging his duties with integrity, without any fear or partiality.”

Bassi, among other officers, was investigating the bribery allegations against Asthana, transferred to Port Blair on October 24, 2018 by interim CBI chief Rao. His transfer was cancelled when CBI director Alok Verma was reinstated by the Supreme Court for a brief period, on January 9. However, on January 10, the Prime Minister Narendra Modi-led committee has removed Verma from his post.

On January 11, Rao, who has taken charge of CBI chief, has again transferred Bassi to Port Blair.