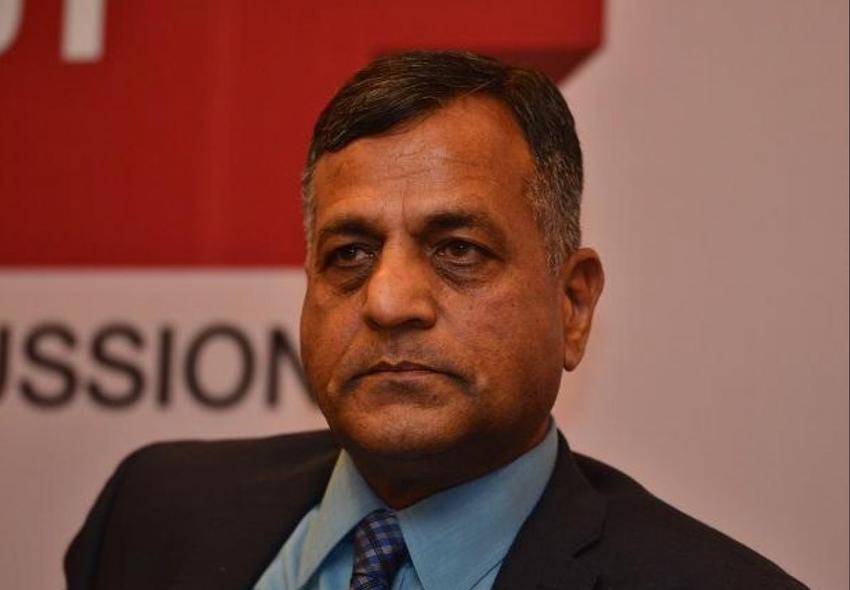 New Delhi: The chief election commissioner, Sunil Arora, on Saturday, reacted to media reports that election commissioner Ashok Lavasa recused himself from EC meetings on violations of the model code of conduct as his dissenting opinion in the three-member panel was not recorded and termed them “unsavoury and avoidable controversy”.

Arora recently said: “Eloquence of silence is always difficult but far more desirable which is far to see the election process through instead of creating ill-timed controversies.”

Media reported that Lavasa, in a letter to Arora, had insisted that he will attend the meetings only after dissent notes and minority decisions were included in the orders of the poll panel.

Arora, in a statement said, “The three members of the ECI are not expected to be template or clones of each other. There have been so many times in the past when there has been a vast diversion of views as it can and should be. But the same largely remained within the confines of ECI after demission of office unless appearing much later in a book written by the concerned ECs/CECs. I have personally never shied away from a public debate whenever required but there is a time for everything.” 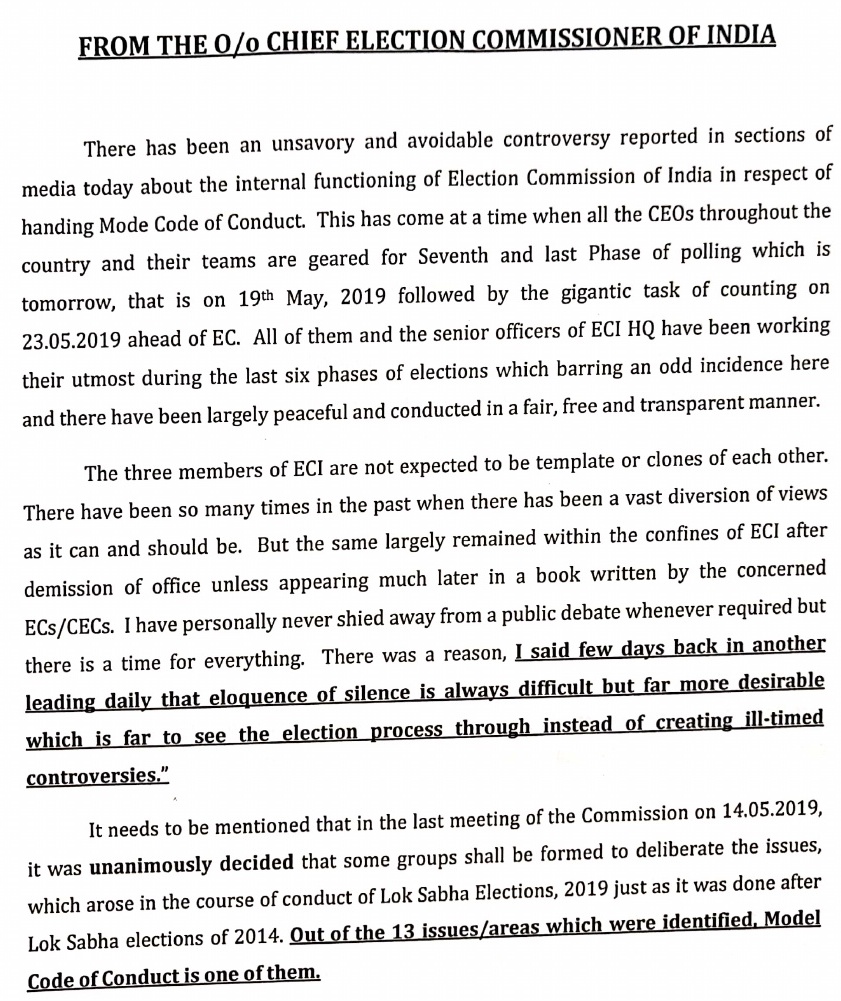 Earlier, Lavasa has differed with the majority view in five different complaints of violation of the model code against Prime Minister Narendra Modi and BJP chief Amit Shah. Media reported that four out of the five complaints were on Modi.

Meanwhile, Congress spokesman Randeep Singh Surjewala said Lavasa’s letter to Arora “speaks volumes about a political pressure being exerted by the Modi Govt on the EC.” Surjewala said, “Omitting the dissent of the election commissioner, simply because he had asked for a notice to be issued to Modi, has severely tarnished the institutional integrity of the Election Commission.”