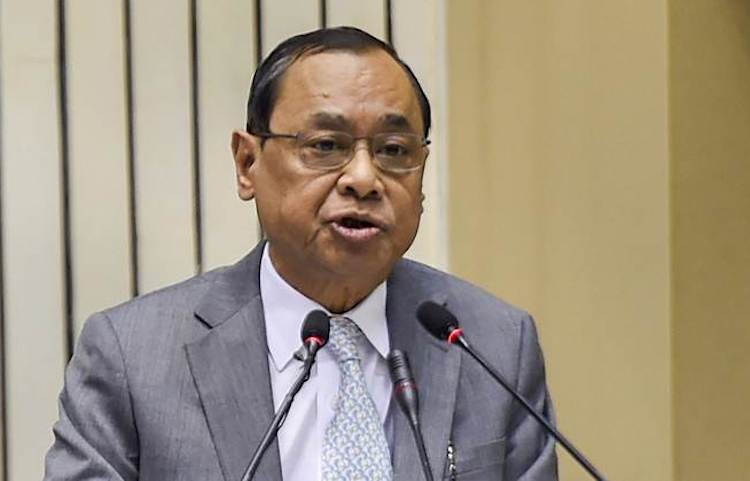 New Delhi: Justice Ranjan Gogoi, the Chief Justice of India, recused himself from hearing a plea that has challenged the appointment of M Nageshwar Rao as the interim chief of the Central Bureau of Investigation. He said he took the decision because he is a part of the high-level committee that will meet to appoint the new CBI chief, on January 24. The other two members of the committee will be Prime Minister Narendra Modi and Mallikarjun Kharge, who is the leader of the Congress party in Lok Sabha.

The petition challenged that since Rao was appointed by the high-level selection committee, his appointment was illegal.

The appointment was challenged by an NGO called Common Cause.

The petition seeks the procedure laid down in Section 4A of the Delhi Special Police Establishment Act, 1946, amended by the Lokpal and Lokayuktas Act, 2013 should be followed for the appointment of the CBI director.

The petitioner said, “The government has attempted to stifle the independence of the institution of the CBI by appointing the director of the CBI in an arbitrary and illegal manner.” It also says, “The lack of transparency in the process of appointment prevents any meaningful public scrutiny and allows the government to exercise undue influence in the process especially at the stage of short-listing of candidates, thereby undermining the institution of the CBI.”

Already, Kharge called the appointment of Rao as interim director “illegal”, in his letter to Modi. In this situation, the vote of CJI Gogoi will decide whether Rao stays or goes.

Earlier this month, Justice Gogoi recused himself from the selection panel that convened to decide whether the-then CBI director, Alok Verma, who was reinstated by a Supreme Court bench after being removed, should continue as the chief of the agency or removed because Justice Gogoi headed the bench that ordered Verma’s reinstatement. Justice Gogoi nominated Justice AK Sikri, who voted to transfer Verma along with Modi. This kicked a row later.

• In 2018, Uttar Pradesh topped in hate crimes in India, Amnesty report says
• ‘We waited too long for Congress’: Akhilesh Yadav livid for being stood up in Madhya Pradesh
• IAF warplanes intercepts Georgian An-12 aircraft coming from Pakistan, forces it to land in Jaipur
• BJP’s Mukul Roy booked for murder of TMC MLA Satyajit Biswas
• Kumaraswamy and Yeddyurappa in sharp exchange, boast of their power in Karnataka and Centre