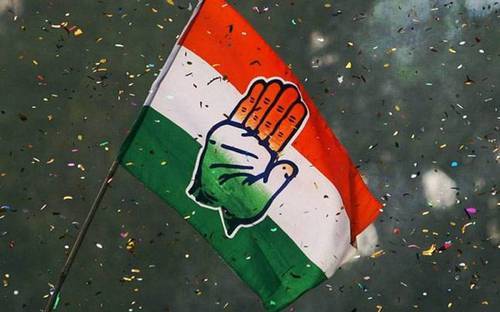 New Delhi: The Congress, on Wednesday, announced its second list of candidates for the Lok Sabha election. In the 21-candidate list, five are from Maharashtra and the rest 16 are from Uttar Pradesh. The Congress chief from UP, Raj Babbar, will contest from the Moradabad parliamentary constituency. Priya Dutt, daughter of late Congress MP Sunil Dutt, will contest from the Mumbai North-Central constituency.

The Congress had released its first list of 15 candidates on March 7. In that list 11 are from UP and four from Gujarat. With today’s list, the Congress has announced a total of 27 candidates from UP, which has 80 seats. After being left out of the Samajwadi Party-Bahujan Samaj Party alliance, the Congress had said it would contest from all the 80 seats in the state.

Priya Dutt won the Mumbai North-West Lok Sabha seat in 2005, which fell vacant after Sunil Dutt’s death. She contested from the Mumbai North-Central constituency in 2009 and won the seat in the 15th Lok Sabha. The seat is currently represented by BJP’s Poonam Mahajan.

Congress Central Election Committee announces the second list of candidates for the ensuing elections to the Lok Sabha. pic.twitter.com/apUjzhWyjq

The Lok Sabha candidates from Uttar Pradesh in the Congress second list are:

The Lok Sabha candidates from Maharashtra in the Congress second list are:

The Lok Sabha election will be held from April 11 to May 19.