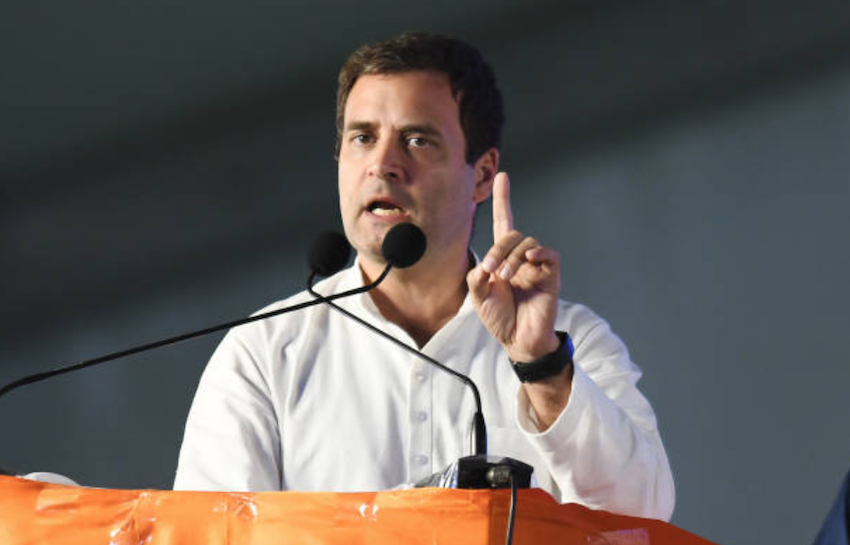 New Delhi: In an attempt to pursue Congress president Rahul Gandhi to withdraw his resignation from his post, chief ministers of states from the party, on Monday, urged Rahul Gandhi that nobody else except him was capable of reviving the organization at this stage.

The chief ministers have asked Gandhi to freely take decisions while reconstructing the party and they would accept his decision without any resistance. The team of chief ministers argued that Rahul Gandhi alone could not take the whole responsibility for the defeat of the party in the general election.

While accusing Prime Minister Narendra Modi for misleading people of the country in the name of Army and religion, Gehlot said, “Rahul ji campaigned with full force. He did issue-based politics. But (Narendra) Modi ji misled the country. He didn’t raise issues of development, of the economy. All real issues were pushed aside while he used religion and the Army to mislead the nation … Sena ke peechhe chip kar rajniti ki (Did politics hiding behind Army).”

“Resignations are offered on the day of results. It is for the high command to decide after the poll debacle what to do next. The Congress Working Committee has already authorized Rahul Gandhi to restructure the party organization. He can replace anybody,” he said on behalf of all ministers.

Before the meeting, Gehlot, in series of tweets had said “only Rahul Gandhi can lead the party in the current scenario, his commitment towards well-being of our country and countrymen is un-compromised and unmatched.”