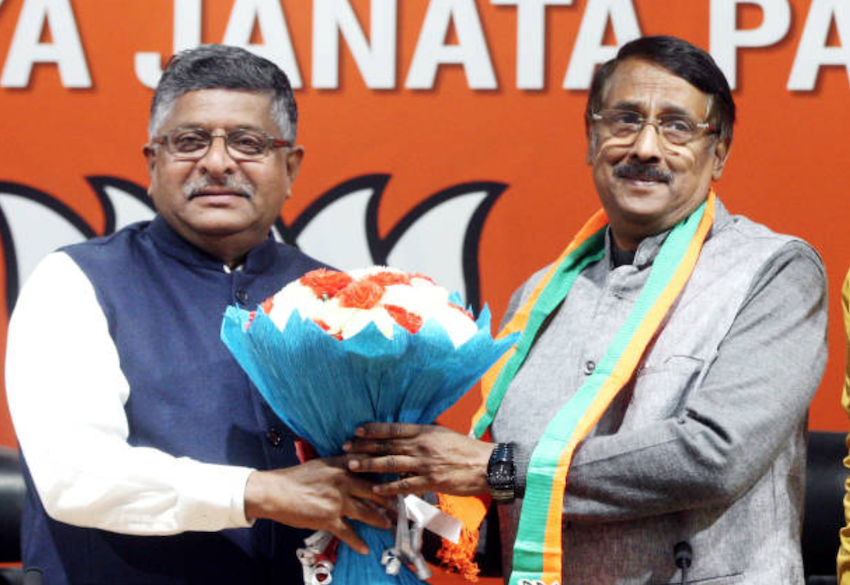 New Delhi: One of Congress’s national spokesmen, Tom Vadakkan, on Thursday, joined the Bhartiya Janata Party in the presence of Union minister Ravi Shankar Prasad. Vadakkan attributed his decision to his “patriotism” and “love for nation”.

Vadakkan, while addressing reporters in New Delhi, said, “I left Congress party because when Pakistani terrorists attacked our land, my party’s reaction to it was sad, it hurt me deeply. If a political party takes such a position that is against the country then I’m left with no option but to leave the party.”

He further clarified that he was hurt by the party’s reaction towards Pulwama terror attack. He claimed that his decision to the BJP was about “patriotism and love for the nation”.

Vadakkan said he firmly believes in Prime Minister Narendra Modi’s development narrative and alleged that “dynastic politics” are at a zenith in the Congress and a “use and throw culture” was afflicting the party.

Some experts believe Vadakkan’s entry into the BJP will have a positive effect on party’s prospects in Kerala, while some think that he is not a big leader in the state as he has been posted in Delhi most of his life in the Congress.

Speculations are rife that he may contest the Lok Sabha election on a BJP ticket from Thrissur, Ernakulam or Idukki.