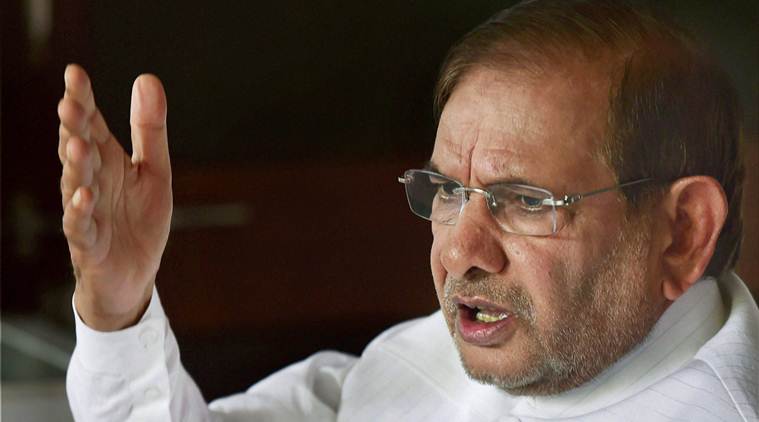 Bhopal: The Congress has decided to offer some seats for Sharad Yadav’s Loktantrik Janata Dal in Rajasthan and Madhya Pradesh for the upcoming assembly elections. The decision was finalized by both the parties during meeting between Congress president Rahul Gandhi and LJD president Yadav, on Monday.

According to media reports, the Congress has come to the conclusion to offer some seats to LJD considering Yadav’s ties with the other party leaders. The move will help congress to form non-Bhartiya Janata Party (BJP) coalition with other parties. The Congress has leave six seats for LJD in each state. “A combined fight against the BJP rather than the number of seats is important,” the reports quoting sources said.

They also confirmed that the Congress will also take advantage of alliance in the polling campaign. Left parties, including the Communist Party of India (CPI) will also join the fight against BJP along with Congress in both the states.

The Loktantrik Janata Dal was launched by Sharad Yadav in May 2018 and the Bahujan Mukti Party was also merged with LJD two month later. Sharad Yadav quit the Janata Dal (United), in which he was the president, after the party supremo and Bihar chief minister Nitish Kumar decided to junk the Mahagathbandhan (grand alliance) with the Congress and the Rashtriya Janata Dal and shook hands with the BJP to form a coalition government. Yadav then went on to form his own party – the LJD.