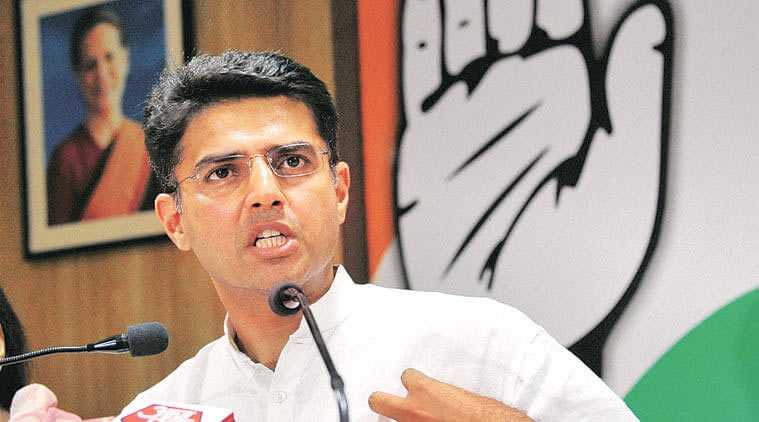 New Delhi: The Congress is open for the talks with any party who is keen to contribute to the defeat of the Bharatiya Janata Party in the upcoming assembly elections in Chattisgarh, Madhya Pradesh, and Rajasthan. Congress’s Rajasthan chief Sachin Pilot said this on Thursday.

This comes in the wake of Mayawati rejecting the possibility of an alliance between her party, the Bahujan Samaj Party, and the Congress in Rajasthan and Madhya Pradesh, on Wednesday.

Talking to the media, Pilot said, “Rajasthan has been the two-party state always and it is fine that independents or candidates from other parties win at each election but there’s not much space for a third party in this state right now.”

On Mayawati rejecting the Congress as an ally, Pilot said, “I don’t know the real reason of Mayawati coming out with a strong statement like this. We are keen to talk about anti-BJP party who is looking forward to contribute to BJP's defeat and issues, which are common. It isn’t about a particular state or Congress but about democracy and Constitution.”

Pilot further said that Congress is open to talks with any anti-BJP party which is willing to go into a “respectable and practical” pre-poll alliance.