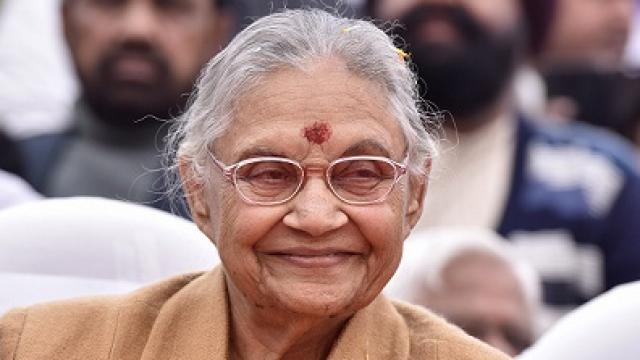 New Delhi: The Congress, on Monday, released the names of its candidates for six out of seven Delhi constituencies for the Lok Sabha election, just a day before the last date of nominations. Sheila Dikshit, the three-time chief minister of the city state features in the list. She will contest from Delhi Northeast, where she faces the BJP’s Manoj Tiwari.

The chief of the Delhi unit of the Congress, Ajay Maken, will contest from the prestigious New Delhi seat. JP Agarwal has been fielded from Chandni Chowk, Arvinder Singh Lovely from Delhi East, Rajesh Lilothia in Delhi Northwest and Mahabal Mishra in Delhi West.

Congress Central Election Committee announces candidates for the ensuing elections to the Lok Sabha from NCT of Delhi. pic.twitter.com/MLnHg8eHlP

Talking to reporters, Dikshit said, “I have contested from here (Delhi Northeast) earlier, I know the people and they know me. We had started Metro from here, our reputation is of working for the people.”

However, the name of the candidate for the South Delhi seat is yet to be announced.

Reportedly, Dikshit was asked to choose where she wanted to contest from and she reportedly preferred Delhi Northeast over Delhi East. Earlier, senior Congress leader Kapil Sibal had said he would contest from Chandni Chowk.

The Congress delayed the release of its list because of the ongoing negotiations for an alliance in the Capital with Aam Aadmi Party. Although both parties were keen on an alliance in Delhi to take down BJP, talks fell through as the AAP was demanding an alliance in 18 seats that included Delhi, Haryana and Chandigarh. The Congress has not been keen for a tie-up in any other state except Delhi.