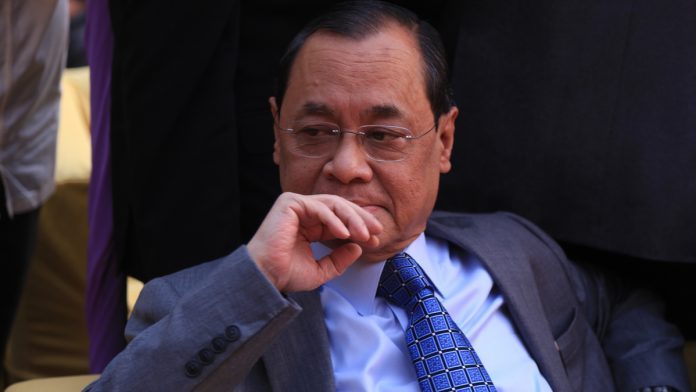 New Delhi: Amid criticism over the alleged sexual harassment charge against the chief Justice of India Ranjan Gogoi, Justice AK Patnaik, who was nominated by a three-judge bench of the apex court to probe Conspiracy allegations levelled by advocate Utsav Bains in his two affidavits, said that inquiry into alleged conspiracy will begin only after the in-house administrative inquiry into the woman’s allegations is concluded by three sitting judges.

Justice Patnaik said, “No time limit has been set for when (my) inquiry report is to be submitted to the Supreme Court. The inquiry will start after the in-house committee on the charges the lady complainant has levelled is completed.”

Although, Justice Arun Mishra has said that the inquiry in the “conspiracy” was separate from the in-house inquiry into the woman’s complaint but Justice Patnaik appears to have drawn the line under it. The in-house panel is headed by Justice SA Bobde, the most senior judge after CJI Gogoi, to inquire into the allegations levelled by the woman employee.

However, The CJI had dismissed the allegations calling them “unbelievable” and an attempt by a “bigger force to undermine the independence of the judiciary and deactivate the office of the CJI.”

While one section is keen on emphasising the “conspiracy,” the other is stressing the need to get to the bottom of the substance of the charges themselves.