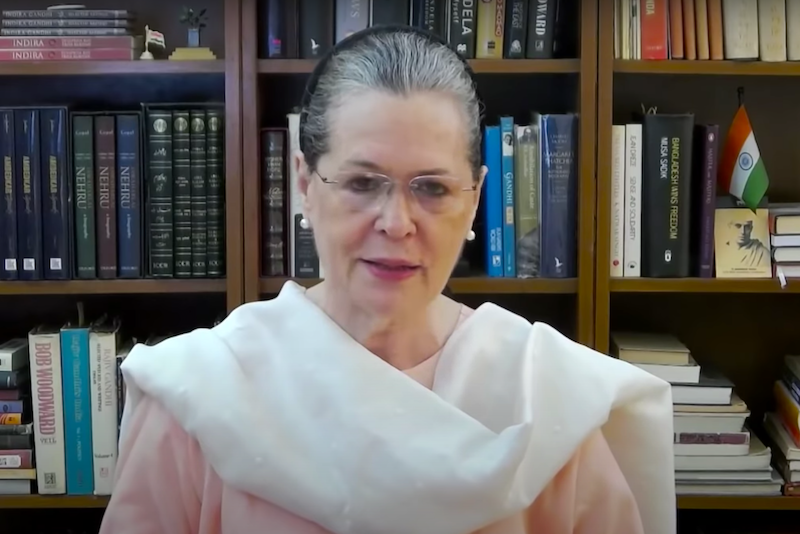 New Delhi: The Congress interim president, Sonia Gandhi, announced that her party will bear the ticket costs of migrants travelling to their destinations. A large majority of the migrants are poor labourers who are stranded without little food or money in cities following the nationwide lockdown imposed from March 25.

Gandhi said the Congress would take care of the train fare of migrants and the needy from next week as part of a “humble contribution” to help these people. She said, “There needs to be provisions for safe and free rail travel of migrant workers and labourers to their hometowns. However, despite our repeated demands, the central government and the rail ministry have chosen to completely ignore this.”

She added that state Congress units will bear the expenses and said it was a tragedy that India hasn’t seen since the Partition, in 1947.

Gandhi said, “As the central government barely gave a four-hour notice before the lockdown, workers and migrant labourers were denied the opportunity to go home. After the 1947 Partition, this is the first time India has witnessed a tragedy with such a massive human cost.”

Training her guns at the government, Gandhi then said, “What is the responsibility of our government? Even today, lakhs of workers and migrant labourers are languishing in different parts of the country and wish to return to their families. However, there is neither adequate money nor provision for free transport.”

The March 25 lockdown imposed to contain the spread of the new coronavirus, Covid-19, left tens of thousands of stranded migrant workers all across the country desperate to reach their native places. Thousands of migrants started marching towards their destinations on foot, sometimes with small children and sick family members. Only last week, the government started running special trains for them.

However, when it emerged that the government was not only charging ticket fares from them but also adding other charges on the fares, like ₹30 as superfast charge and additional charge of ₹20 for the Shramik Special (workers special) train, many citizens, activists and opposition politicians expressed their anguish as many of the migrants are left with no money after over a month of being stranded due to the lockdown.

A government official said that those travelling buy Shramik Special are not being charged at all as the Indian Railways is bearing 85 per cent of the cost of the fare while the states, where the migrants belong to, are bearing 15 per cent of the costs. On social media too, many BJP members and supporters claimed that the Congress’s allegation that the railways was charging ticket fares from the migrants was wrong as the government has made their travel free.

The media has also reported that the migrant travellers had to pay for their train tickets and the government’s claim that the central and the state governments are bearing the expenses is untrue.