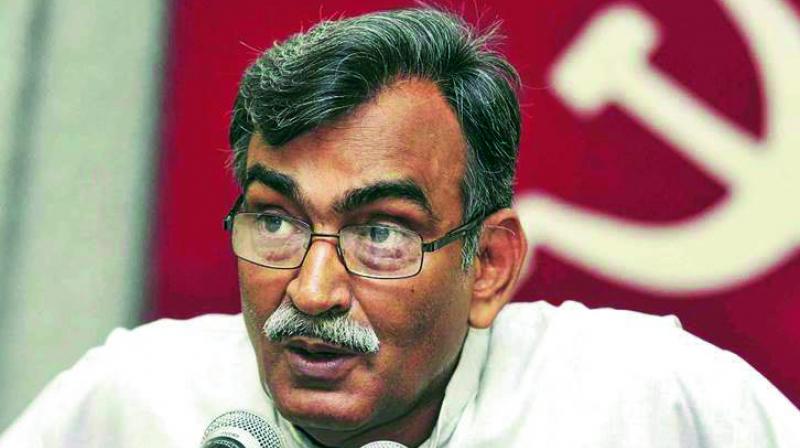 New Delhi: The Communist Party of India (Marxist) has asked voters of Chhattisgarh to vote for the Congress to defeat the Bharatiya Janata Party candidates in the upcoming assembly poll where the CPM and other Left parties have not fielded any candidate.

CPM politburo member Surya Kanta Mishra, on Monday, has urged the people to vote for the Congress to defeat the “communal and anti-people” BJP. Mishra said, “We are contesting on three seats in Chhattisgarh. On those seats, we should fight hard to defeat the communal BJP,” adding, “but on seats where we don’t have any candidates, we should vote in favour of the Congress to stop BJP from returning to power.”

The CPM had conducted a protest rally in front of the Central Bureau of Investigation office in Kolkata demanding proper investigation into the Rafale jet deal. While addressing the rally, Mishra said, “Wherever the CPM is not strong, I think people should support the Congress. In Chhattisgarh, we are contesting on three seats. On those seats, we should fight hard to defeat the communal BJP, but those seats where we don’t have any candidates, votes should go in favour of the Congress to stop the BJP from returning to power.”

The announcement of the CPM to support Congress in Chhattisgarh has initiated speculation about possible alliance of Left parties with Congress in the 2019 Lok Sabha election, especially in in West Bengal. However, the Bengal BJP president, Dilip Ghosh, said, “No formula will work in West Bengal as people are fed up with both the TMC government (and previously) the CPM (government). People want change and we expect good response from the people.”

Chhattisgarh is all set to hold assembly election on November 12 and 20 and results will be declared on December 11.