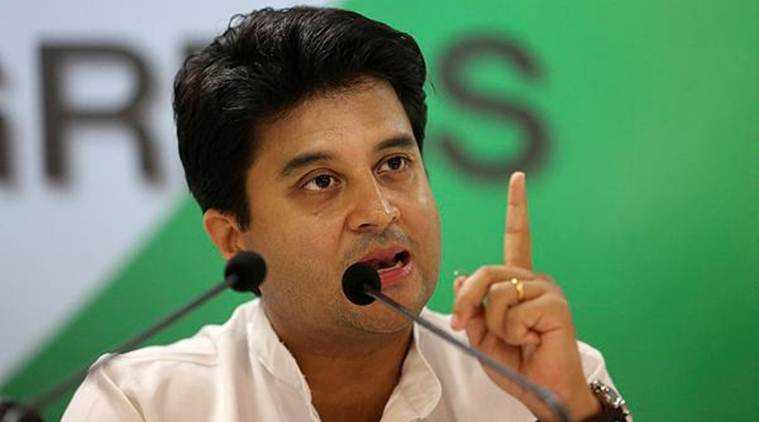 Princedeep allegedly wrote: “Jyotiraditya Scindia, you have Jiwajirao’s blood running in your veins, who killed Jhansi ki, Rani. If you step in Hatta then I will shoot you. Either you will die or I will.”

The Hatta police said an FIR was lodged by a local by Youth Congress leader, Anurag Vardhan Hazari, after some Congress members came across the post allegedly posted by Princedeep on Facebook. Following the complaint Princedeep was arrested. Khatik’s post comes ahead after Scindia’s visit to Hatta district to hold a rally on September 5.

Princedeep’s mother and Hatta MLA Uma Devi Khatik held a news conference and apologized on behalf ofher son. She said, “It was wrong on the part of her son to write the post. Scindia deserved respect and was welcome in Hatta.”

Reacting to the alleged post, Scindia criticized the BJP on his own Facebook page in Hindi and wrote: “The real face of BJP comes forward with this. The aim of BJP govt, its leadership and CM Chouhan is only to demolish Congress. I would like to tell them that we will never bow down to such threats.”

Referring to the post, former MP CM and Congress leader Digvijaya Singh said, “This incident shows the ‘real face’ of BJP and RSS.”

Meanwhile, Madhya Pradesh Congress Committee (MPCC) issued a guideline to its party leaders making it mandatory for them to be active on social media. It also asked them to submit their social-media handles to the party.