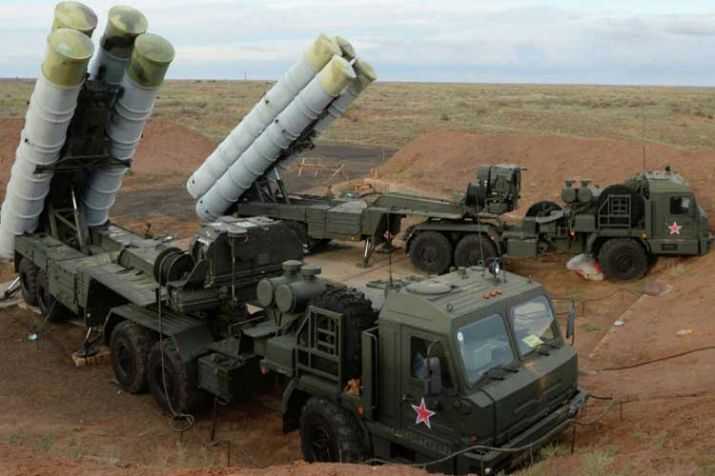 A Russian battery of the S-400 Triumf anti-missile system.

New Delhi: Russia and India, on Friday, deepened their defence partnership by signing nine pacts, including the multibillion-dollar deal to buy S-400 missile despite of warnings from US that this move can attract certain sanctions to India under an American domestic law – Adversaries Through Sanctions Act (CAATSA), which the US president, Donald Trump, had signed last August.

After the visit of Prime Minister Narendra Modi and Russian President Vladimir Putin, the joint statement was issued after their talks that confirmed $5.4 billion of deal, although both the leaders did not make any remarks on the deal to the reporters.

Despite of regular concerns flagged by US, the deal is inked on purchase of this missile systems that can knock down missiles, jets or unmanned aerial vehicles with a range of around 400km. Delhi is seeking the sanctions waiver, because Russian weapons are widely used by the Indian armed forces.

Both the leaders “greeted the conclusion of this contract for supply of S-400 of long-range air missile system in India,” in the joint statement after both the leaders met for their 19th edition of this summit.

The spokesperson of the US state department said that this implementation of sanctions act will be mainly focused at the countries who are acquiring weapons like S-400 missile batteries. The previous month, the United States imposed sanctions on the China’s military for purchase of the combat fighters and S-400 missile system from Russia.

After this landmark deal was signed on Friday, the US embassy said these sanctions were actually aimed in punishing Russia and there was no intention to damage the military capabilities of their allies, indicating India will be spared from these sanctions.

The statement covered in the 68-points, which included partnership and cooperation in military, space, energy, science and economy and technology spheres.

“India has always given high priority to their relations with Russia. With changing time in world our relations also have become very relevant,” sais Modi. This long-awaited S-400 missile deal strengthens Russia’s spot as a top exporter of the weapons in India. Russia accounted for 62 per cent of India’s arms imports during 2013–2017. Also, the deliveries of S-400 are expected to start in two years.

Earlier this week, the Indian Air Force chief, Air Chief Marshal BS Dhanoa, said the S-400 anti-missile system will be a booster dose for the IAF, which is grappling with shrinking combat capabilities.