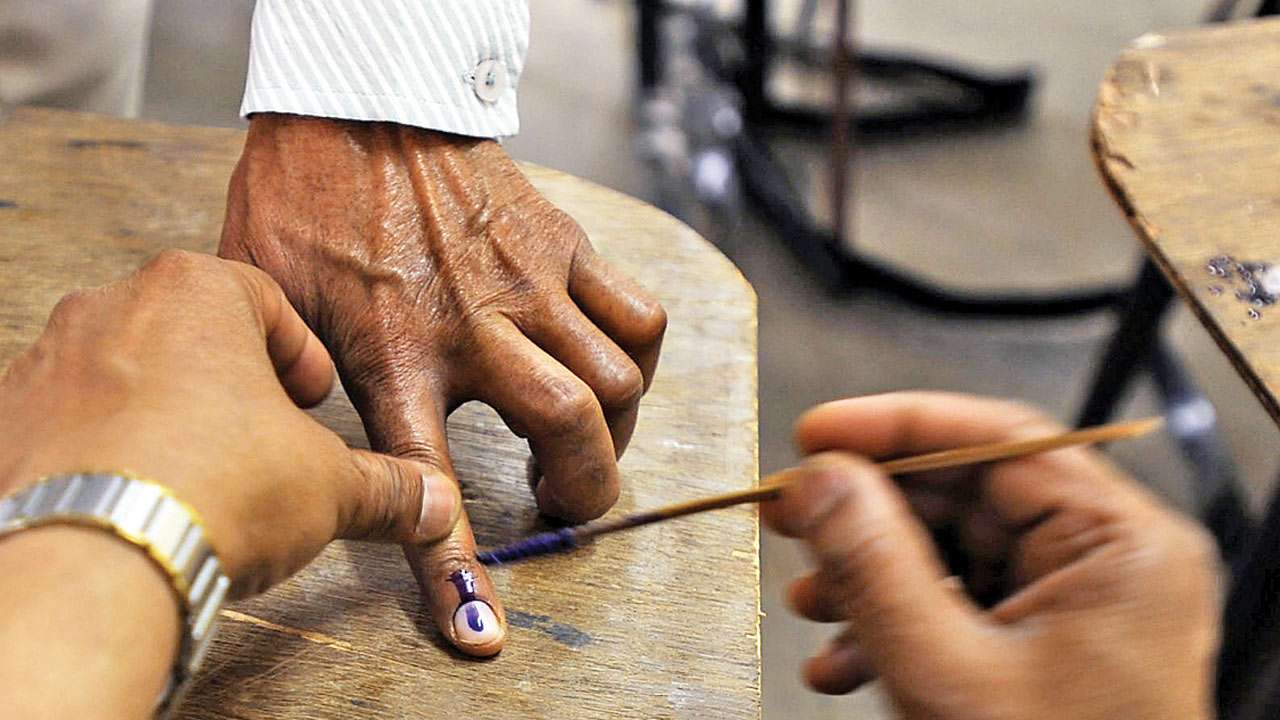 A man getting his finger marked with indelible ink after casting his vote.

New Delhi: The polling for electing Delhi’s new assembly concluded, on Saturday, without any major untoward incident. Around 60 per cent of Delhi’s 1.47 crore eligible voters exercised their franchise. However, the Election Commission is yet to release the final official figure of the turnout.

Voter turnout in Delhi assembly election was highest in 2015 at 67.47 per cent, in which the Aam Aadmi Party secured 54.34 per cent vote share.

The exit polls carried out by various poll agencies predict that the Arvind Kejriwal-led AAP will comfortably retain power in Delhi. The party needs to win 36 out of 70 seats in the assembly to win a simple majority and form the government.

The following are the prediction of five agencies: