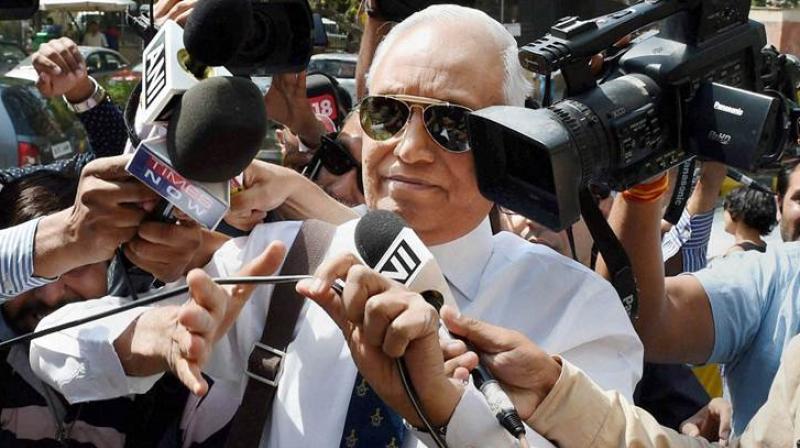 New Delhi: A Delhi court, on Friday, directed the Central Bureau of Investigation to cancel the look-out circular issued against former Air Force chief Air Chief Marshal SP Tyagi, who is an accused in the Rs 3,600 crore AgustaWestland helicopter scam. Arvind Kumar, the special judge, also directed the agency to further inform the concerned authorities about it.

The CBI had issued the look-out circular against Tyagi, in 2013, in order to keep a check if he was travelling and wanted by the law-enforcement agencies.

Tyagi is the first chief of the Indian Air Force to be charged in a corruption or a criminal case. Tyagi denies all charges against him.