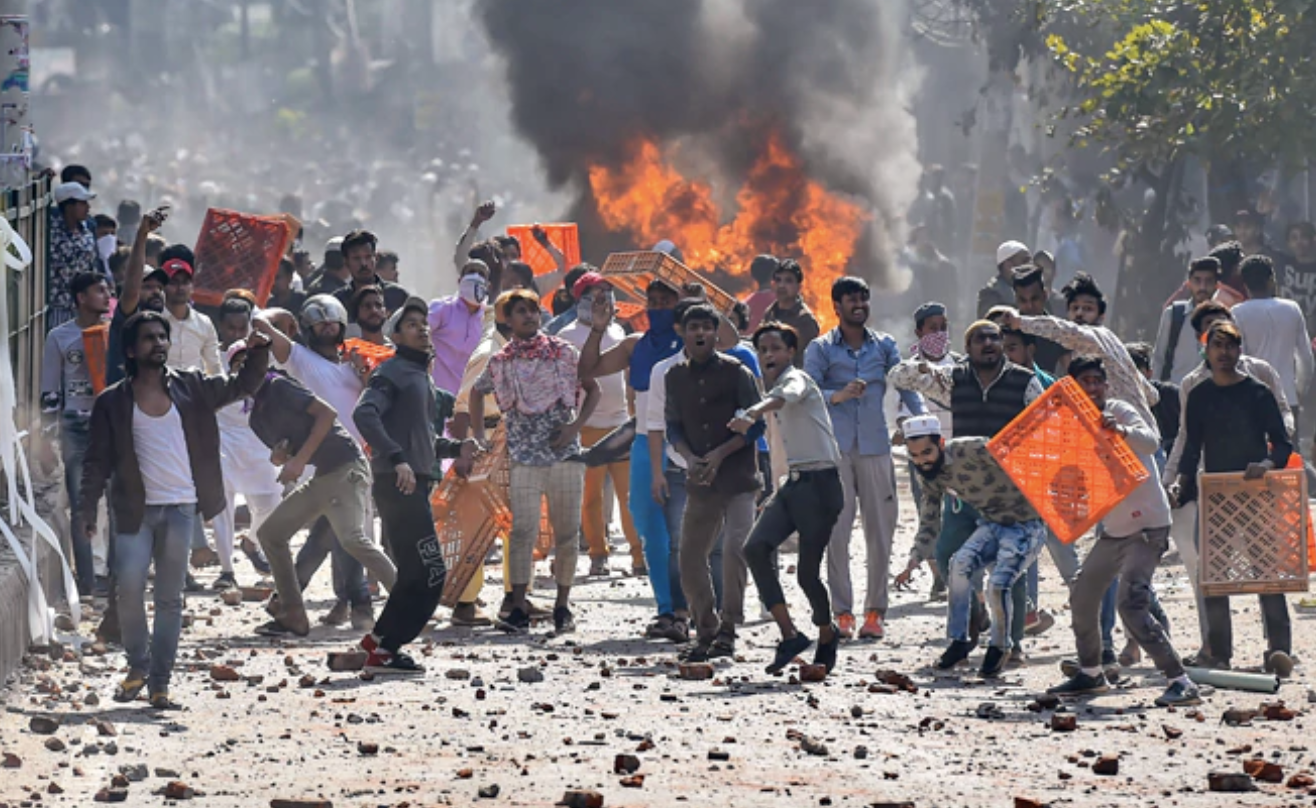 New Delhi: Northeast Delhi turned into a battlefield on Monday as the violence that started on Sunday afternoon between pro- and anti-Citizenship Amendment Act groups spiralled out of control and took the share of full-fledged rioting on Monday and claimed at least five lives. A Delhi Police head constable was among those killed. Scores of people were injured, which included several policemen and paramilitary personnel deployed to quell the violence.

This comes on a day when the United States’ president, Donald Trump, landed in the country for a two-day state visit.

The violence that started between pro- and anti-CAA groups took the shape of Hindu-Muslim riots as most of the anti-CAA protesters are Muslims and the supporters are right-wing Hindutva groups. Several houses, shops and vehicles were also burned during the violence.

The policeman who died has been identified as Ratan Lal, who was posted as a head constable at the office of the assistant commissioner of police at Gokalpuri. There is no clarity on how he was injured before succumbing to his wounds. Some reports suggest he was shot while some suggest he sustained a serious injury after being hit on the head by a stone.

According to a Delhi government official, at least 50 civilians, policemen and paramilitary personnel were injured and around a dozen of them are stated to be in a critical condition, including the Shahadra deputy commissioner of police, Amit Kumar.