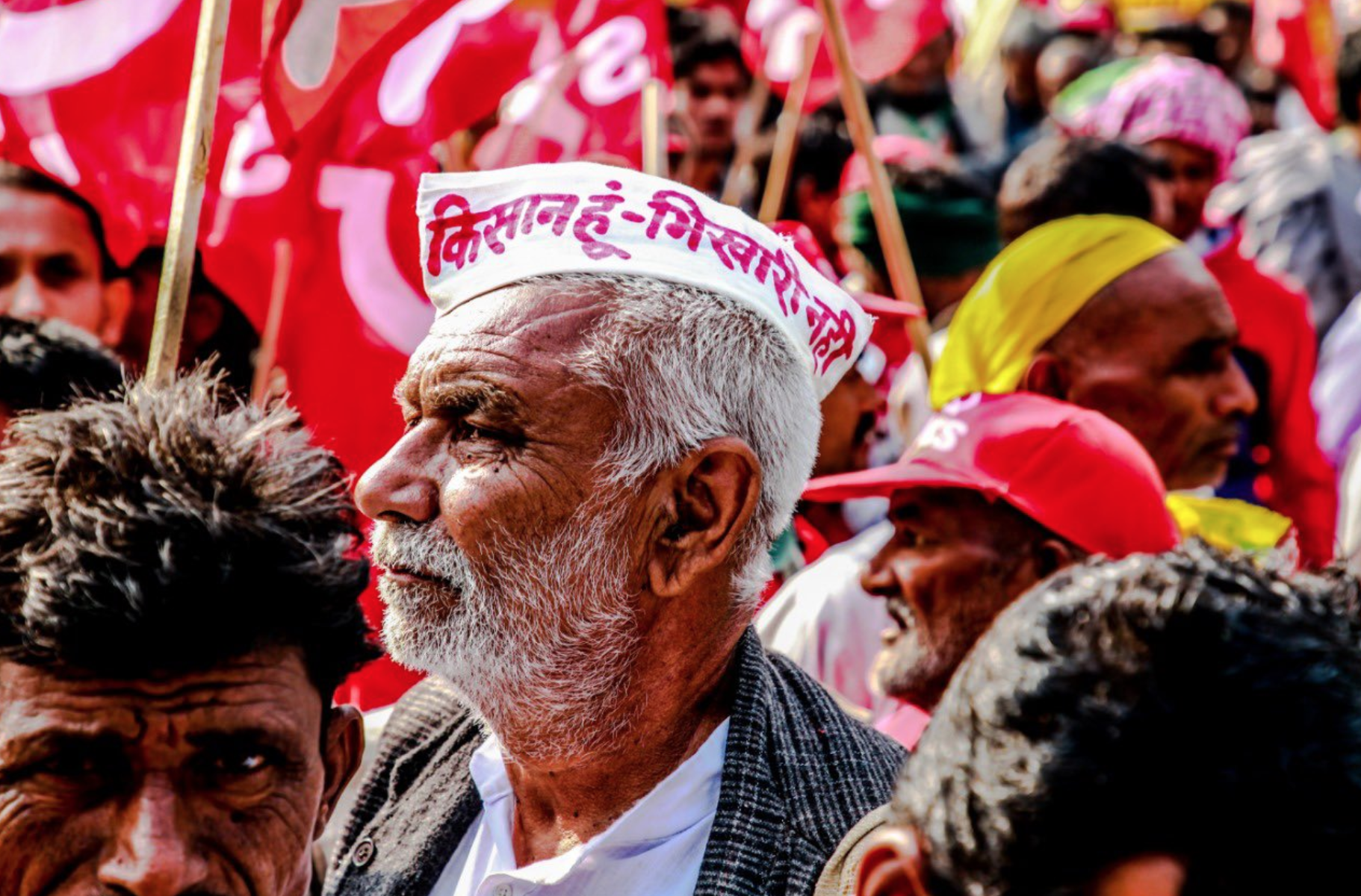 A farmer during the march wearing a cap that reads: “I’m a farmer, not a beggar.” (Photo: Twitter/@RakshaRamaiah)

New Delhi: Thousands of farmers from all over the country gathered at New Delhi’s Ramleela Maidan and marched to the Parliament Street to voice their demands. The two-day “Kisan Mukti March” has witnessed massive gathering of farmers demanding debt relief, compensation for crop damage, diesel hike and no access to land.

Farmers and sons of farmers came from villages across the country. Agricultural laborers and farmers from Bihar’s Muzaffarpur, Gujarat’s Dahod, Maharashtra’s Nandurbar and Raigad, Uttar Pradesh’s Amroha and Aligarh and elsewhere joined the march to put forward their demands before government.

The march was organized by the All India Kisan Sangharsh Coordination Committee.

While narrating the difficulties they face, the farmers said that they are here to request government to consider compensation for crops ruined because of lack of rain, better prices for crops and action against capture of their land by local strongmen.

Some broad demands from farmers are as follows,