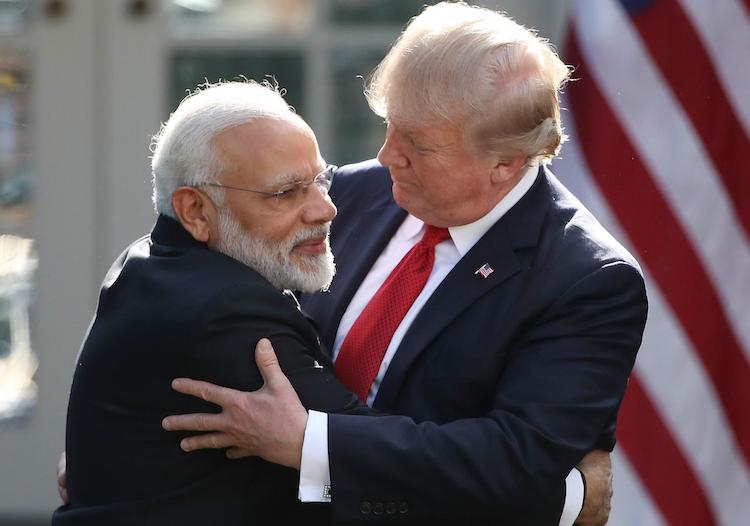 Narendra Modi and Donald Trump in White House, in 2017.

New Delhi: The president of the United States, Donald Trump, while addressing a meeting of his cabinet took a dig at Prime Minister Narendra Modi for “building a library” in Afghanistan, while discussing the contribution of the US in the war-ravaged country.

While claiming that Modi frequently told him during their meeting how India built a library there, Trump, on Wednesday, said, “I could give you an example where I get along very well with India and Prime Minister Modi … but he is constantly telling me, he built a library in Afghanistan. Library! That’s like five hours of what we spend (in Afghanistan).”

Trump then said, “And he (Modi) tells me … he is very smart. We are supposed to say, oh thank you for the library. Don’t know who’s using it (the library) in Afghanistan. But it’s one of those things. I don’t like being taken advantage of.”

He then added, “I say this, India … (I’ve) great relationship with Prime Minister Modi. He is a great gentleman and a great man … and he’s done a fantastic job. He has brought the country together.”

While responding to the Unites States President Donald Trump’s comments on Prime Minister Narendra Modi regarding building library in Afghanistan, officials in New Delhi said that no such library has been built as a development project. There is one library in Afghanistan’s parliament building and libraries in some schools that are built with support of India.

While citing India as the largest donor in the region, the sources said that India does not send its armed forces abroad, however, it plays critical role in lending hands in economic, health and water security in the war-torn country.