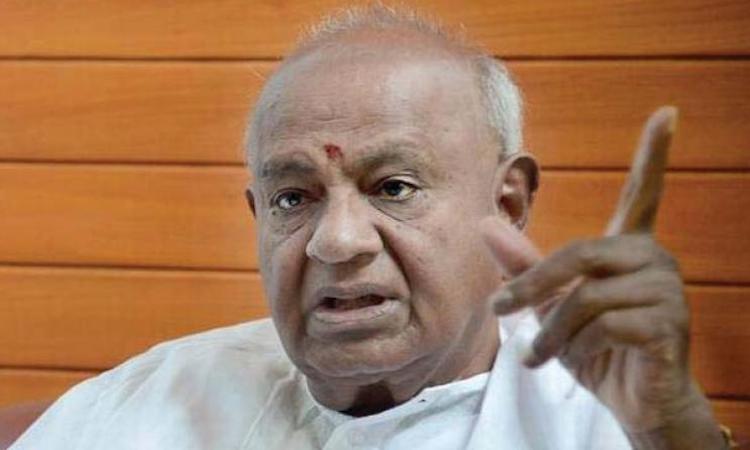 The first information report was registered when JD(S) leader Pradeep Gowda accused Vishwavani and Bhat of publishing false and malicious news regarding Karnataka chief minister HD Kumaraswamy’s son Nikhil. In the FIR, the complaint stated that “despite no such incident occurring, the newspaper has reported it on an imaginary basis in order to derail the political career of Nikhil Kumaraswamy.”

The article headlined “Turmoil of the Gowda grand kids”, published on May 25, alleged that Nikhil Kumaraswamy verbally abused his grandfather Deve Gowda at the latter’s residence in Bengaluru while blaming him for his loss in the Lok Sabha poll from Mandya.

Another article that Vishwavani published was an “unverified” source-based story about Nikhil venting his anger over his loss at the Radisson Blu Hotel in Mysuru on the night of the poll results on May 23.

Meanwhile, Karnataka chief minister HD Kumarswamy said, “A report published in a Kannada newspaper today about Nikhil Kumaraswamy is false and malicious. The pain caused to me as a father through this character assassination of Nikhil has been conveyed to the editor. My request to the media is to desist from playing with the emotions of people with such false news.”

In his defence, Bhat said, “The news report headlined ‘Nikhil Kumar’s night time rage’ was obtained by the newspaper’s reporter from trusted sources at the hotel. The Vishwawani paper has never relied on publication of fake or provocative news to increase its popularity. The interest of the paper is merely to bring incidents to the notice of the public.”

The Bharatiya Janata Party also accused the Congress-JD(S) alliance in Karnataka of muzzling the media. BJP’s Shobha Karandlaje said, “False FIR has been registered against Vishweshwar Bhat for publishing merely a news article.”