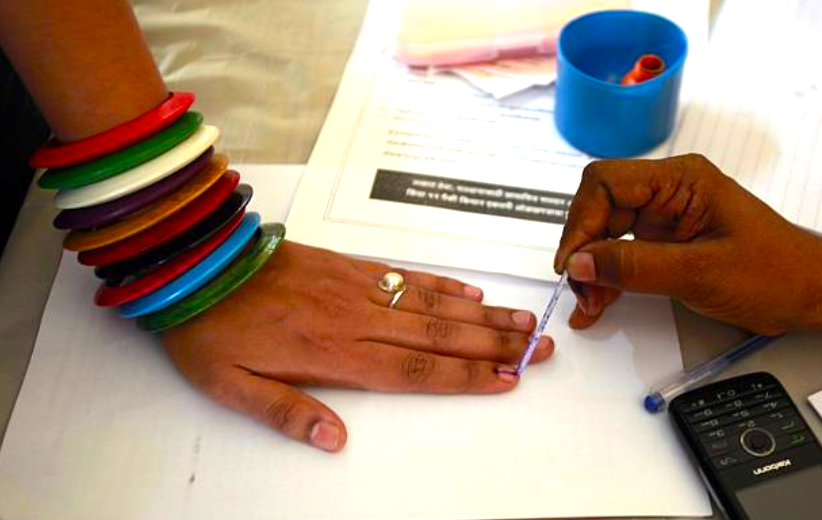 New Delhi: The Election Commission of India has announced the much-awaited poll dates for the Lok Sabha election, on Sunday. The election will be held in seven phases starting from April 11 and ending on May 19. The votes will be counted on May 23.

In a news conference held in New Delhi, the chief election commissioner, Sunil Arora, said the poll panel has attempted a very comprehensive preparation for the conduct of election. To assess the law and order situation of states, it has held meetings with all state chief secretaries.

Arora also said it discussed with several government departments and organizations, including the Indian Railways, to ensure smooth movement and facilitation during the conduct of polls.

The CEC said many factors were taken into consideration while arriving at the dates of the phases, like students’ board examinations in states, festivals, harvest season of crops, etc.

The country’s top election officer also revealed that voter-verified paper audit trails (VVPATs) will be used with electronic voting machines (EVMs) at all polling stations. For this, 17.4 lakh VVPATs will be used. He said the Election Commission has laid down elaborate standard operating procedures for EVMs and VVPATs.

Arora also said the EC will take a view on raising extent of VVPAT-EVM count match as per report of Indian Statistical Institute. It is expected before counting process and will be implemented. Many opposition parties had recently asked 50 per cent of the EVMs to be matched with paper trail.

The EC has also announced a helpline number to check your name and election-related information. The number is 1950.

The CEC also said Google and Facebook has assured that they carry out verification of political advertisers to prevent manipulation of the election.

This year’s Lok Sabha election, the biggest general election in the world by a long margin, will be held in seven phases.

The following is the breakdown of the details:

The states that will have election in single phase:

The states that will have election in two phases:

The states that will have election in three phases:

The states that will have election in four phases:

The state that will have election in five phases:

The states that will have election in seven phases:

Number of Lok Sabha seats to go to polls: 543

Full video of the Election Commission’s announcement of the 2019 Lok Sabha election dates and details: