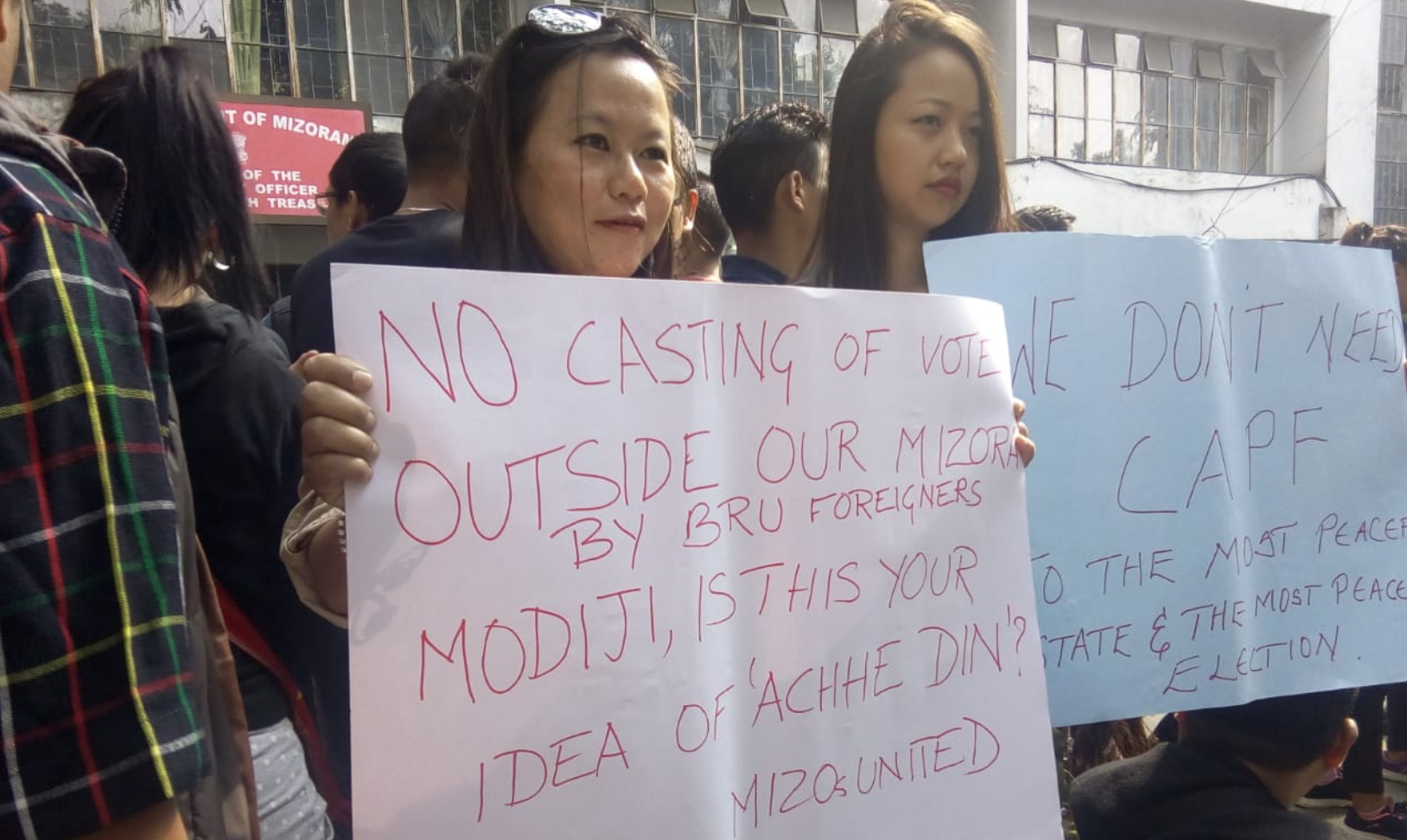 New Delhi: The Election Commission of India has replaced the chief electoral officer of Mizoram, SB Shashank, after protests in the state demanding his ouster. The EC has named Ashish Kundra to take his post.

Mizoram will vote on November 28 to elect a new assembly.

Calls for his ouster started when Shashank alleged that the Lal Thanhawla-led government was interfering with his preparations for the state assembly election. He wrote a letter to the EC, in the last week of October, alleging that the state’s home department was actively hindering his work. Following his letter, the EC ordered the state government to remove the principal secretary (home), Lalnunmawia Chuaungo. (The state complied and replaced Chuaungo with Lalrinliana Fanai.)

Protests started following Chuaungo’s removal because he was seen as someone who was trying to resist Shashank’s efforts to allow new members of the Reang (Bru) tribe, who fled to Tripura from Mizoram following ethnic violence in the 1990s, to vote for the assembly election in Mizoram.

We (Mizoram) protest the act of injustice by Election Commission of India. pic.twitter.com/047KQ3D09k

There are around 30,000 Bru tribespeople living in Tripura camps, out of which over 11,000 are registered as voters in Mizoram. Concentrated in nine seats, these 11,000-odd votes can play a key role in the outcome of the election as the average number of voters per seat in the state is less than 20,000.

Chuaungo wrote a letter to the district election officers of Kolasib, Mamit, and Lunglei which said that the identity cards issued to the Bru tribespeople living in Tripura camps is solely for the purpose of their repatriation and rehabilitation and can’t be used for any other purposes. This effectively meant that the IDs can’t be used to enrol new voters.

The state government also put another hurdle to discourage Bru participation in the election by insisting that they travel to Mizoram to caste their votes. The Bru people want to exercise their franchise from their camps in Tripura, where they had been living for over 20 years.

The inclusion of Bru tribespeople in the Mizoram’s electorate is a sensitive political issue because the Mizo people consider the Bru people – who are largely restricted to Mizoram’s Mamit and Kolasib districts ­– as aliens in the state. There has been a history of ethnic violence between the Mizo and the Bru tribes. Because of this reason, both the ruling party, Congress, and the opposition, Mizo National Front, joined hands in the protests against Shashank and demanded his ouster as the state’s chief electoral office.