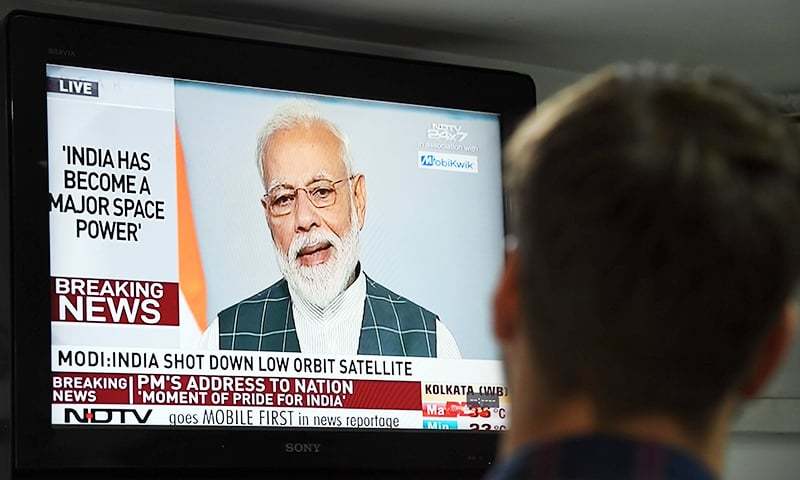 A man watching Narendra Modi on TV announcing the success of A-SAT test-fire.

New Delhi: The Election Commission, on Thursday, said the investigation into the claims that Prime Minister Narendra Modi violated the election model code of conduct when he announced on TV and radio the success of an anti-satellite missile test (A-SAT) will be completed by Friday.

While addressing a news conference, an EC official, Sandeep Saxena, also said the Prime Minister’s Office had neither informed, nor sought any permission from the EC for broadcast of his address.

After the issue was raised by the opposition, the poll panel set up a committee of four officers to examine the matter thoroughly. It directed the team to ensure official machinery and the government office were not misused to the advantage of the ruling party and also sought a report in this regard.

The committee of officers examined the responses received from Doordarshan and All India Radio about the prime minister’s television address. And So far, the committee had two meetings and it will take the final decision based on the findings.

The committee also wrote to Doorsarshan and AIR to find the source of their feed. However, it was later learned that the state broadcasters had taken the feed from a live broadcast made through YouTube – a Googled owned video-sharing site.