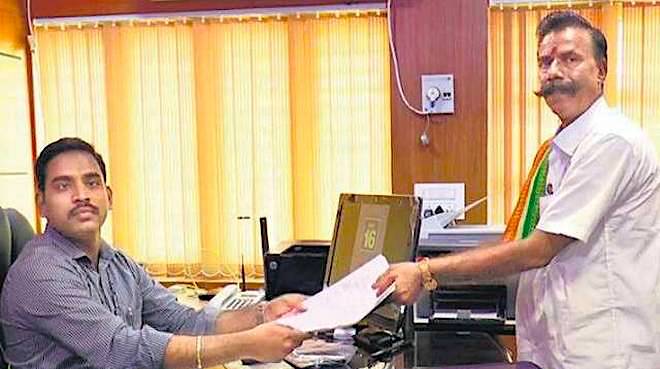 New Delhi: K Padmarajan from Tamil Nadu, who is known as “Election King” for holding the record of the “most unsuccessful candidate”, plans to contest against the Congress president, Rahul Gandhi, in Wayanad. Padmarajan has been contesting elections since 1988 but failed every single time.

He said, “If Rahul Gandhi contests from Wayanad I will contest from there. If not from Kasargod. My defeat number is going to be 200 soon and I am really happy about it.”

Talking about his defeats Padmarajan says, “If I win, I will get a heart attack.”

On Monday, he filed his nomination number 200 from the Dharmapuri constituency in Tamil Nadu, where he will be facing PMK’s Anbumani Ramadoss.

Mentioning the Election Commission’s rule that allows candidates to contest from more than one constituency, Padmarajan said, “The EC restricted it two constituencies after I had filed in eight constituencies in 1966.”