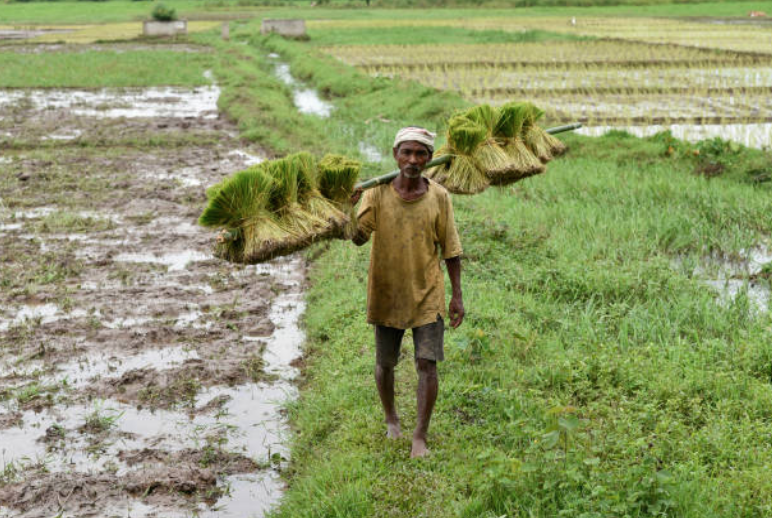 New Delhi: The country’s farm sector output may have grown by just 2.7 per cent year-on-year in October-December 2018, and the growth in “nominal” terms (at current prices unadjusted for inflation) should worry the BJP-led National Democratic Alliance government more than the low increase in “real” terms (i.e. at constant prices), as the growth is the lowest in 11 quarters.

October-December 2018 is also the second consecutive quarter where growth in gross value added (GVA) from agriculture has been lower in nominal than in real terms, which means while farm production during the last quarter was 2.67 per cent, the increase in current value terms has been only 2.04 per cent because of prices falling by 0.61 per cent.

According to the Central Statistics Office’s new 2011-12 base year series, the latter number that is 2.04 per cent, is the lowest for any quarter and the worst since October-December 2004, which recorded minus 1.1 per cent.

GVA is a reasonable proxy for income or “take home” of the farmer. And since for the farmer, it is not mere output but income (output multiplied by price) that matters, growth in nominal agricultural GVA being at low single-digits isn’t good news nor it is for any ruling party ahead of elections.