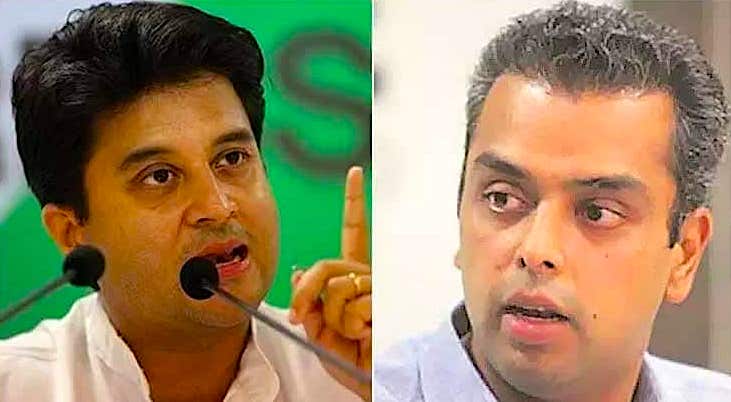 New Delhi: Following the resignation of Rahul Gandhi as the Congress’s party president, two young leaders of the party, Milind Deora, president of Congress’s Mumbai unit and Jyotiraditya Scindia, Congress general secretary in charge of western Uttar Pradesh, have submitted their resignations from their respective party posts. The sudden development in the party has deepened the curiosity in the party as who will take over the top post after Rahul Gandhi.

The resignation from both the leaders have come after Punjab chief minister Captain Amarinder Singh suggested that young leaders of the party should take the command of the party.

Scindia, in a tweet, confirmed that he has submitted his resignation by accepting people’s verdict and taking accountability of the defeat. “I am not a leader who gives orders to others. I think when there is a responsibility, there comes accountability as well. Even I am responsible if performance isn't good and therefore, I took the decision to resign,” he added.

Accepting the people’s verdict and taking accountability, I had submitted my resignation as General Secretary of AICC to Shri @RahulGandhi.

I thank him for entrusting me with this responsibility and for giving me the opportunity to serve our party.

The Congress veterans would decide the date for the CWC meeting, on Monday, to finalize the consensus candidate to take over the reins of the party. While calling the resignation by Scindia as indicative and important, Congress insiders are wondering if Priyanka Gandhi Vadra, who is the party general secretary in charge of eastern UP, would quit the post too. If she does, it will intensify the post-defeat chaos in the party as everybody would be forced to follow the trend.