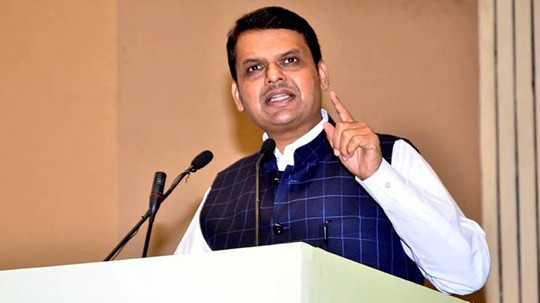 New Delhi: Maharashtra chief minister Devendra Fadnavis, on Thursday, unveiled the BJP’s plank for the 2019 Lok Sabha election and attacked the Congress-NCP alliance and their past governance. Fadnavis, while addressing a BJP meeting in Mumbai, tried to highlight BJP’s “four years of good governance” against the Congress-NCP government’s “15 years of misrule”.

Fadnavis asked the BJP workers to believe on the time-tested formula of person-to-person communication to strike voters in a positive way across Maharashtra. Fadnavis declared that the development is the key to knock down the opposition in the 2019 Lok Sabha and Maharashtra assembly elections.

Fadnavis alleged that the Congress-NCP government was a corrupt one as the projects undertaken by it ran into cost overruns and delays.

While commenting on the BJP’s ally in the state, Shiv Sena, Fadnavis said, “The decision related to alliance will be positively worked out at an appropriate time. It will bring great results.”

On the lingering issue of reservation for Marathas and minorities, Fadnavis said, “We will silence them (the opposition) with welfare schemes. The budget for minorities has been enhanced by 4,000 per cent, which is a record. Secondly, Maratha welfare schemes saw the government allocating Rs 940 crore. Had the Congress-NCP introduced even a single welfare scheme for the Marathas, they would have become job-givers and not job-seekers.”