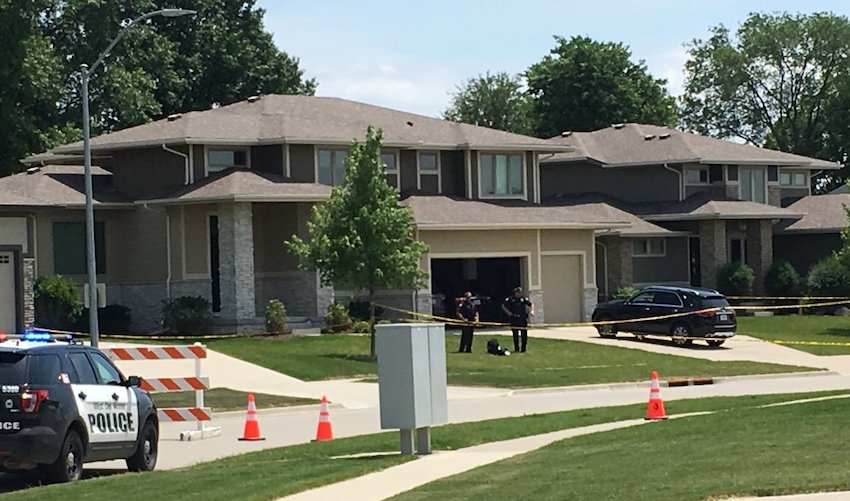 Screenshot of video showing policemen near the West Des Moines house where the bodies were found.

New Delhi: Four members of a family from Andhra Pradesh were found dead, on Saturday, with gunshot injuries inside their house in West Des Moines of US’s Iowa state. The victims have been identified as Chandrasekhar Sunkara, 44; Lavanya, 41; and two boys aged 15 and 10.

According to the West Des Moines police department, Sunkara hailed from Tsunduru of Andhra Pradesh’s Guntur district and had gone to the US for higher studies. He later settled there along with his family.

The investigations further revealed that there were other family members, including two adults and two children, living in the house as guests along with Sunkara, when the incident took place.

However, locals believe that Sunkara was depressed and might have killed his wife and two children, later committed suicide.

The police said, “We are continuing to work through this investigation. We will follow through until we have answered as many questions as the evidence allows. We are confident, though, that there is no continuing threat to the community.”