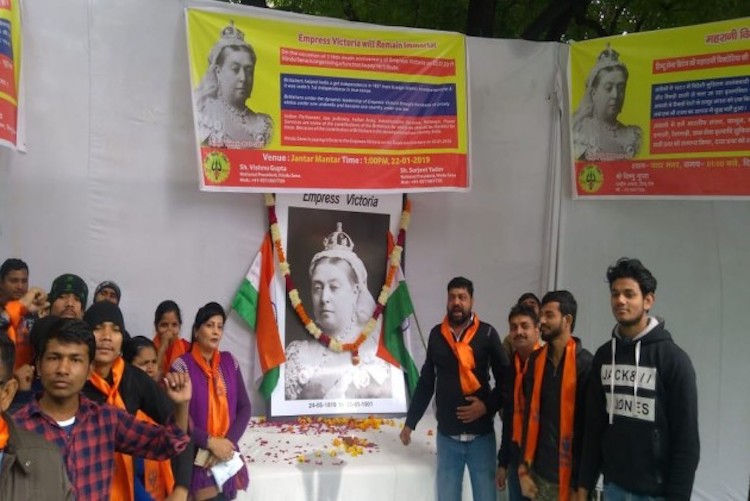 New Delhi: An obscure Hindutva group, which calls itself “Hindu Sena”, paid tributes to the colonial-era British queen, Victoria, on her 118th death anniversary. They say she “freed India from the autocratic rule of the Mughals”.

According to the organizers of the event, it was the first time the group paid tributes to the empress and credited her with “uniting the princely states of India in 1857”.

The Hindu Sena “national spokesman” and “vice-president”, Surjeet Yadav, said, “India would have disintegrated into thousands of pieces had it not been the British, who, under the Queen, united a large number of princely states into one entity in 1857.”

He added, “The British gave what we have today, be it the law, railways, roads, communication networks, schools, buildings, etc.”

Yadav also said, “The British did not destroy our temples like the others did …They gave us the law which we follow even today”, and added, “Leaders like Mahatma Gandhi, Jawaharlal Nehru could raise their voice because it was not an autocratic government. They gave Indians the first taste of freedom by allowing local self-governance in 1882.”

The leader of the group, Vishnu Gupta, is reported to be a close to some well-known Delhi BJP men.