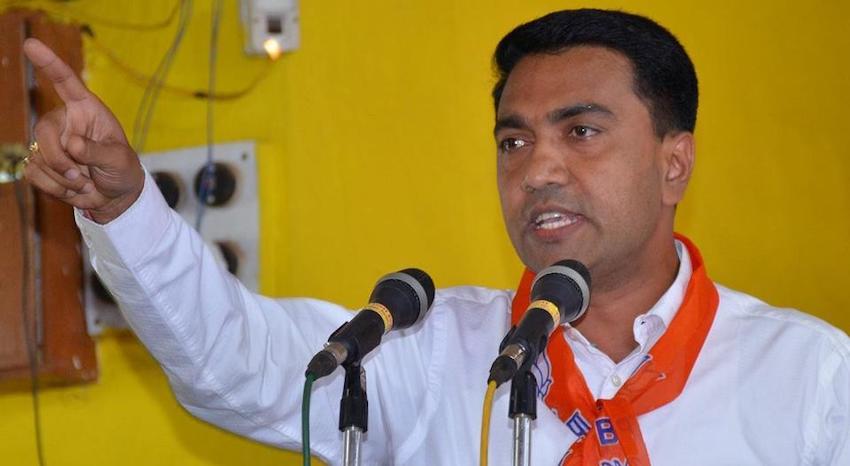 New Delhi: The Goa lokayukta, Justice PK Misra (retired), has decided to examine the complaint against the chief minister of Goa, Pramod Sawant, for alleged disproportionate asset accumulation and observe if the case could be taken up suo motu.

While confirming the move, the Hindu newspaper citing sources in the lokayukta secretariat reported that activist-lawyer Aires Rodrigues had obtained documents from the Goa anti-corruption branch related to a complaint filed by a local Right to Information activist, Sudip Tamhankar, against then-MLA Pramod Sawant in February 20, 2017. The complaint alleged that Pramod Sawant had acquired disproportionate asset in the name of a partnership firm M/s Jay Ganesh Developers and Associates set up by him in 2014.

Aires Rodrigues has claimed in his letter to the lokayukta that the ACB had been directed by the former chief minister, Manohar Parrikar, to shield Sawant from the probe.

Sawant was the chairman of the state-owned Goa State Infrastructure Development Corporation (GSIDC). He has been accused of cheating, criminal breach of trust and criminal conspiracy.

Sawant’s partnership firm has been reported acquired lands measuring 16,480 square meters and 19,989 square meters in Bordem at Bicholim for 1.31 crore and 1.23 crore respectively.