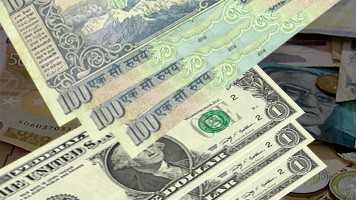 New Delhi: The government and the Reserve Bank is planning to ask non-resident Indians to raise money to support the falling rupee and strengthen the economy. According to media reports quoting a government official, the government is considering tapping NRIs and other such measures to bridge the current-account gap.

The currency has declined more than 14 per cent against dollar in this year. The government has raised concern over widening current account deficit and trade gap with rising US interest rates and oil prices.

The measures taken by the government to control the fall of rupee including raising the import tariffs, to ask companies to raise money overseas, and to ease the foreign investment norms in local bonds could not stop the sliding of currency. Country’s foreign exchange reserve has witnessed dropped from $426 billion to $400 billion as a result of sale of dollars.

According to the Bank of America Merrill Lynch, the current-account deficit of India is estimated to grow $75 billion in the fiscal year to March or 2.8 percent of gross domestic product (GDP). It is estimated that Indian rupee may fall to 75 per dollar by the end of the year. India may struggle to manage the current-account deficit as investors abroad have pulled a net $11 billion from Indian stocks and bonds this year.