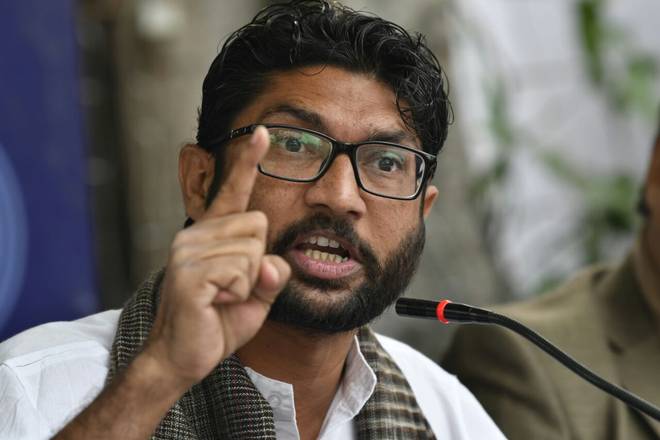 New Delhi: The HK Arts College, Ahmedabad, declined permission to use the college auditorium for an annual function, where Vadgam independent MLA Jignesh Mevani was invited as chief guest. This resulted in resignation of the principal of the college, Hemantkumar Shah, on “moral grounds”.

The vice-principal, Mohanbhai Parmar, also rendered his resignation to the Brahmchari Wadi Trust, which runs the college, hours later of no response from the trust.

Shah, while speaking to Indian Express, said, “I am a lover of an individual’s freedom and not acted as a principal of the college. I received a letter from the trustees at 4pm yesterday (Sunday) cancelling permission for today’s event. The only reason given to me for declining permission to use the auditorium was that it is due to the current political situation. But I want to ask, what is that situation?”

Mevani, who was invited as chief guest for the annual function as an alumnus and an MLA, in a tweet, said, “Because of threat calls made by BJP goons, trustees of HK Arts college, Ahmedabad I graduated from cancelled the annual function where I was invited as chief guest. Was going to talk about life and mission of Babasaheb. Salute to Principal Hemant Shah who resigned on moral ground.”

Because of threat calls made by BJP goons, tustees of H.K.Arts college, Ahmedabad I graduated from cancled the annual function where I was invited as chief guest.Was going to talk about life and mission of Baba saheb. Salute to Principal Hemant Shah who resigned on moral ground

Shah, in his letter of resignation, said, “But the student leaders believed that he (Mevani) is ‘controversial, socialist and a separatist so he should not be invited to the college’. Thus they were opposing his presence in the function. ‘If he will be present in the function then we will not allow this function to happen and there will be a riot. The leaders threatened this, and I believe that the trustees got scared from these and thus decided not to allow the auditorium for the function.”

While reminding the trustees of the past, he added, “In fact, the trustees should have told me that go ahead with this event without any hesitation and we will be present in this event and take responsibility. Instead, the trustees decided to kill their freedom by their own hands under political pressure making it an embarrassing, painful and shameful.”

Shah and Parmar worked with the Economics department at HK Arts College, for over the past decade and more.