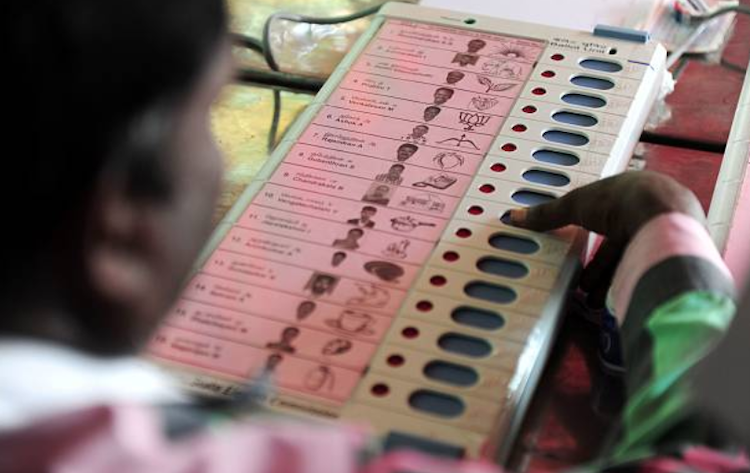 New Delhi: Syed Shuja, who claims to be a former designer of India’s electronic voting machine, has made several controversial revelations regarding hacking of EVMs during the 2014 general election. He made this startling claim in an event organized by the India Journalists Association in London, on Monday. He took part in the event via videoconference.

Shuja, in the event, claimed that he was a part of team that had designed EVMs that were used during the 2014 election while working with the Electronics Corporation of India Ltd. The EVMs had been hacked to benefit the Bharatiya Janata Party in the election, he said. He further claimed that Mukesh Ambani’s Reliance Reliance Jio Infocomm Limited – India’s largest telecom operator – helped the BJP to hack the EVMs.

He said, “Reliance Jio have the network to transmit the data; the BJP is the beneficiary. There are nine places in India where there are (these) facilities. The employees don’t know they are tampering with EVMs; they think they are doing data entry.”

Shuja then went on to make sensational claims. He said former BJP minister Gopinath Munde and journalist Gauri Lankesh had been victims of the conspiracy. He said, they were murdered when they tried to reveal the truth. He has also claimed that several of his team members, who later came to know about the tampering of EVMs and started blackmailing BJP leaders with (the) information (they had), were “shot dead and passed off as riot victims in Hyderabad”.

While accusing other parties for asking his team for the service, Shuja claimed Akhilesh Yadav’s Samajwadi Party, Mayawati’s Bahujan Samaj Party and Arvind Kejriwal’s Aam Adami Party had contacted his team for the similar service. “SP, BSP, a few guys from a Punjab political party” but “when we contacted the Congress to seek help from them, however, we did not get any luck,” he said.

While rubbishing the accusations, the Election Commission of India has stressed that EVMs cannot be hacked.

According to the Telegraph newspaper, ECIL is yet to respond to the email sent seeking authenticity of the claims made by the Shuja.

While reacting to the claims, Union finance minister Arun Jaitley questioned the Congress if they think people are so gullible to trust these claims. Incidentally, senior Congress leader Kapil Sibal was present in the event where Shuja made the sensational claims.