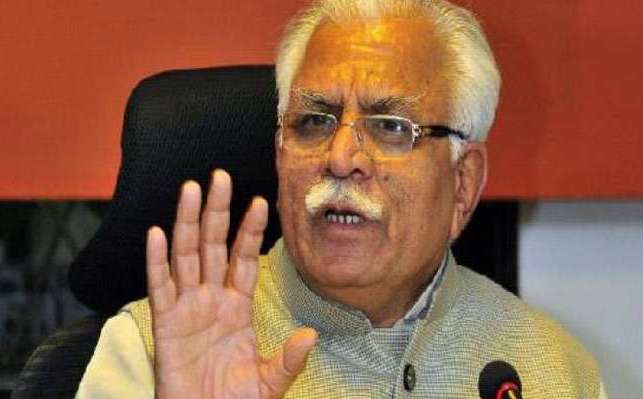 New Delhi: The Manohar Lal Khattar-led BJP government in Haryana is reportedly considering a pension scheme for farmers by expanding the Centre’s Atal Pension Yojana ahead of the 2019 Lok Sabha election. This comes after several Congress-ruled states announced farm-loan waiver, especially in the three Hindi heartland states – Chhattisgarh, Madhya Pradesh and Rajasthan – after the Congress won the elections in them.

Under the APY, the Centre will contribute 50 per cent of the total contribution or Rs 1,000 per annum, whichever is lower to each eligible subscriber. The Haryana government may introduce the scheme for farmers by adding its additional share for the scheme.

According to media reports, a senior Haryana BJP leader, on the condition of anonymity, said, “Now, we have to do something about this (farmers) …  we are seriously considering pension scheme for farmers.” He reportedly added that the scheme, however, is yet to be finalized.

Ahead of the 2019 Lok Sabha election, the parties are now trying to woo farmers, who had been marching with their demands in Delhi and other places this year, seeing the success of the Congress in the assembly polls in Chhattisgarh, Madhya Pradesh and Rajasthan. Farmers’ issues are taking the shape of a major poll issue in this election season.