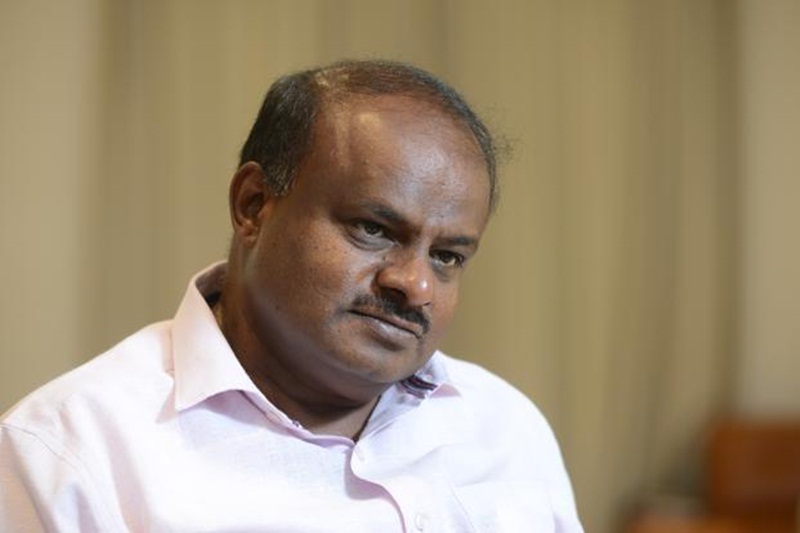 New Delhi: The Karnataka chief minister, HD Kumaraswamy, is at the center of a political storm after being caught on camera asking government officials to “mercilessly shootout” men allegedly involved in killing a JD(S) worker in Mandya district, on Monday.

In a video that surfaced on social media, Kumaraswamy, speaking is seen speaking to the Mandya superintendent of police and ordering him: “I don’t know how you will handle it. I am disappointed actually … he (the slain JDS worker) was a very good man … Mercilessly ‘shootout’ the people involved (in his killing) … don’t worry about it … don’t care about the consequences.”

#WATCH Karnataka CM HD Kumaraswamy caught on cam telling someone on the phone 'He(murdered JDS leader Prakash) was a good man, I don't know why did they murder him. Kill them (assailants) mercilessly in a shootout, no problem. (24.12.18) pic.twitter.com/j42dqiRs0a

Following this, the opposition launched a sharp attack on Kumaraswamy. The Karnataka BJP president, BS Yeddyurappa, slammed Kumaraswamy for his remarks and said: “I never expected the CM to speak like that … what about law and order in the state? It was an irresponsible statement. Later, he said he did not say it as the CM.”

Other opposition politicians and activists too criticized the Karnataka chief minister for his remarks on social media.

Janata Dal (Secular) worker Honnalagere Prakash by four motorcycle-borne assailants in Mandya. Prakash, who was travelling in his car, was allegedly stopped on the highway and hacked to death at around 4.30pm. Passersby took Prakash to a nearby hospital, where he was declared dead.

Later, Kumaraswamy, defending his remarks said it was an “emotional outburst” and he had clarified to officials that he wanted the police to “smoke out” the perpetrators and not shoot them.

Meanwhile, the Mandya police said that no arrests have been made yet in the case. “JD(S) workers were agitated after the murder on Monday. But after the CM’s visit, they have cooled down,” said Shri Kumara, Maddur police station inspector.