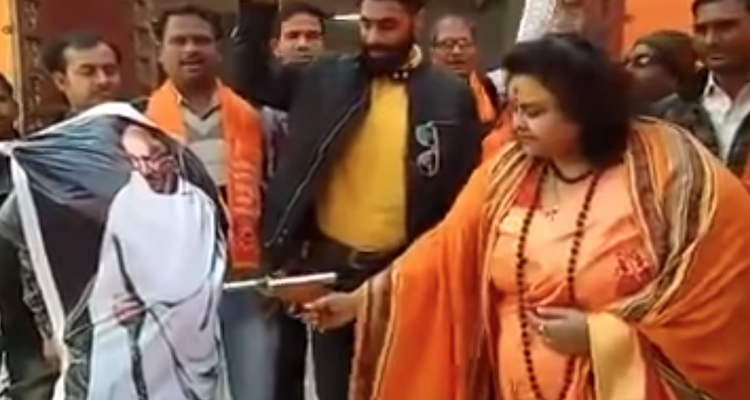 A screenshot from the viral video showing Pooja Shakun Pandey “shooting” the effigy of Mahatma Gandhi with a fake gun.

A video of Hindu Mahasabha national secretary Pooja Shakun Pandey shooting an effigy of Mahatma Gandhi with a fake gun amid cheers went viral in social media, on Wednesday. In an event organized by the Hindu Mahasabha, a Hindutva group, on the occasion of Gandhi’s 71st death anniversary, members of the fringe far-right group not only garlanded statue of Nathuram Godse, Gandhi’s killer, but also re-enacted Gandhi’s assassination in Uttar Pradesh’s Aligarh.

The video triggered an outrage among many.

Pooja Shakun Pandey, while confirming the re-creation of the assassination, said the organization has started this new tradition and re-enactment of Gandhi’s assassination will be practiced as an annual event just as the immolation of demon king Ravana.

Following an outrage over the viral video and calls for action against the Hindu Mahasabha, the Uttar Pradesh Police registered a case against Puja Shakun Pandey and 13 others. According to latest reports, two accused have been arrested and remaining are on the run.

While confirming the news, senior police officer Akash Kulhary said, “Today on the occasion of the 71st death anniversary of Mahatma Gandhi, workers of Hindu Mahasabha fired at the effigy of Mahatma Gandhi. The incident took place in a house in Naurangabad locality of the city (Aligarh). Later, the video of the event went viral on social media.”

Pandey, the main accused in the case, had earlier posted photos of her on Facebook where she is seen with two senior BJP leaders – former Madhya Pradesh chief minister Shivraj Singh Chouhan and Union minister Uma Bharti. The photos, which were shared around two years ago, have been removed now. 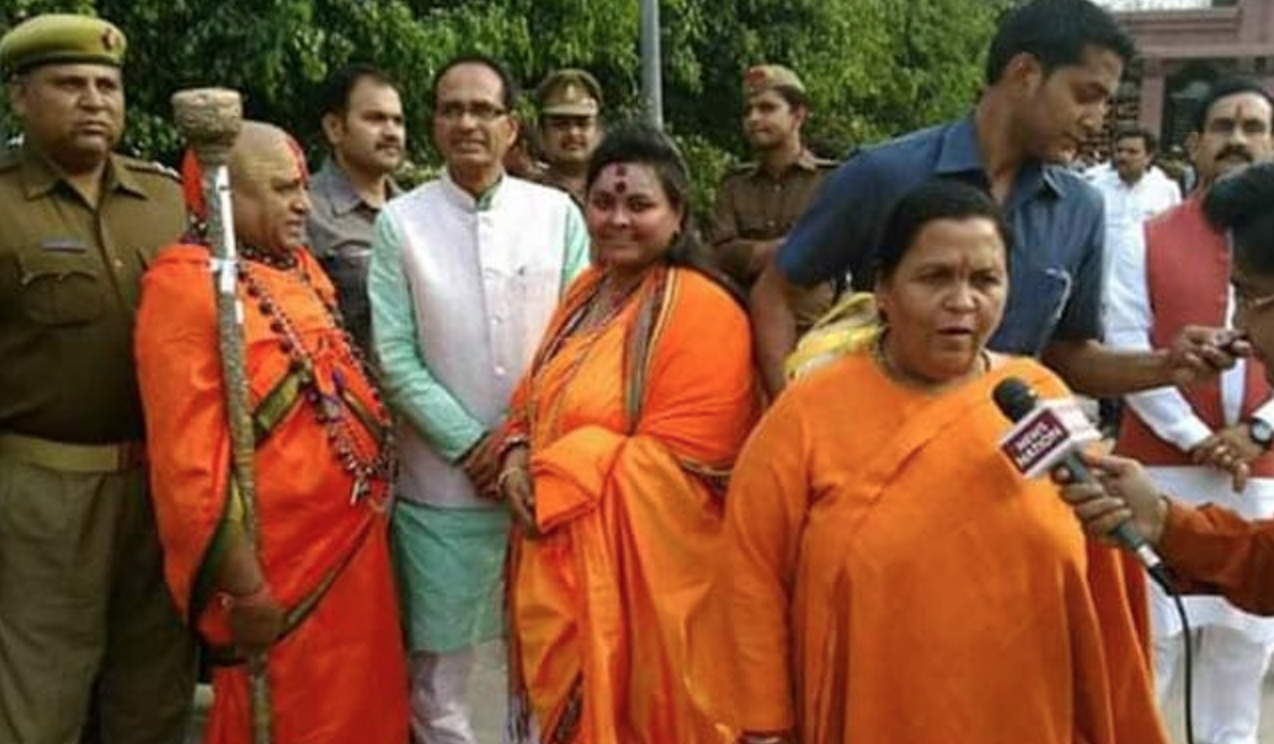 The right-wing activist Nathuram Godse, the man who shot dead the Mahatma, was once a member of the Hindu Mahasabha. He was sentenced to death on November 8, 1949. The Hindu Mahasabha celebrates the day of Mahatma Gandhi’s death as Shaurya Divas (Bravery Day) in the honour of Godse.