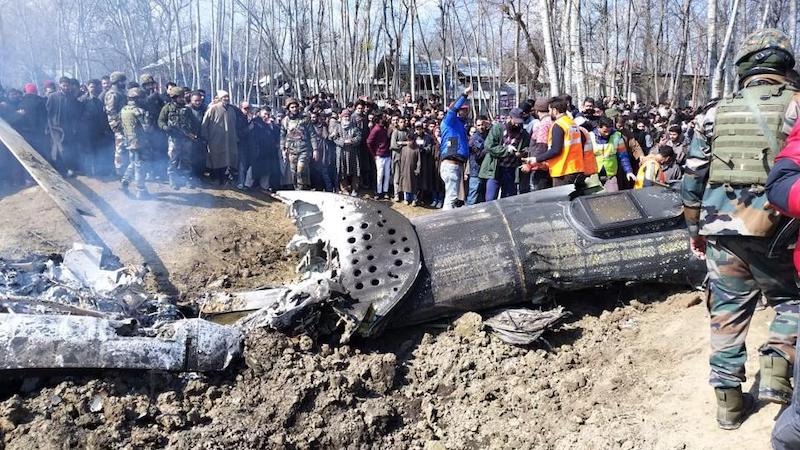 The downed Mi-17 helicopter at Budgam.

New Delhi: The Indian Air Force removed the air officer commanding of the Srinagar airbase in connection with the crash of a Mi-17 helicopter in Budgam, Jammu & Kashmir, on February 27, after it came under “friendly fire”, even as a court of inquiry continues to investigate the matter. Six Air Force personnel on board the helicopter were killed in the incident.

Although final report is yet to be submitted, an IAF spokesperson declined comment on the matter.

On February 27, Indian and Pakistani jets were engaged in a dogfight in the Nowshera sector, where a Russian-made Mi-17 helicopter of IAF crashed. All six airmen on board the helicopter were killed, according to initial enquiries.

The AOC was removed because the incident happened on his watch.

A senior defence ministry official said, “There will be no tolerance of lapses. Unprecedented as it might be, IAF leadership is clear that such lapses are not repeated.”

Another official said, “Air defence platforms such as missile systems, air defence guns etc. are kept free; they are free to engage any aircraft which doesn’t identify itself as a ‘friendly’ either through the IFF or by remaining confined to the airspace designated for friendly aircraft.”

According to reports, those responsible for the death of the IAF personnel onboard the helicopter and a civilian on the ground may be charged with culpable homicide not amounting to murder as specified by the Air Force Act 1950 and the summary of the evidence will be presented during then.