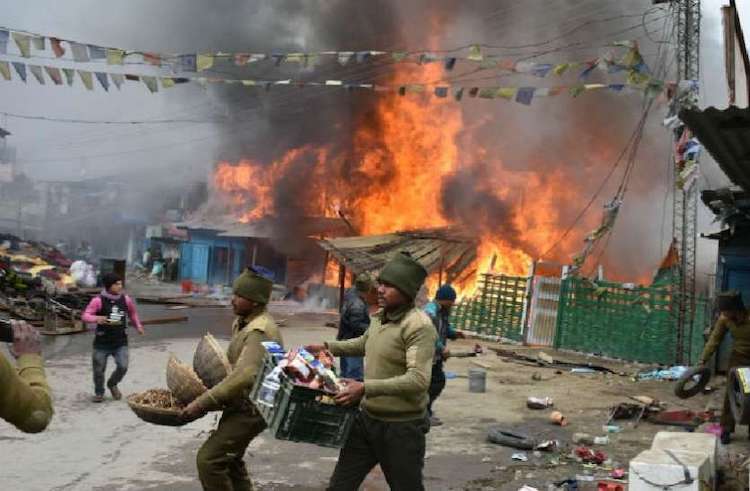 A house set on fire in Itanagar during protests.

After protesters tried to march to the assembly on the second day of a 48-hour strike called by 18 organizations opposing the decision, one person was killed reportedly killed in police firing and dozens of others including policemen were injured.

M Harsha Vardhan, superintendent of police of Papum Pare district, said, “One person was killed, maybe due to police firing or because of firing by protesters. Nearly 50 policemen including officers were injured. The protesters resorted to firing as well.”

Following the widespread protests and violence, the Arunachal government announced that the issue granting permanent resident certificate to six non-tribal communities won’t be discussed in the ongoing assembly session.

Apart from this, the Khandu government, in order “to avoid rumour mongering through internet in the interest of public safety”, also ordered telecom companies to block data network for 24 hours, since Friday.