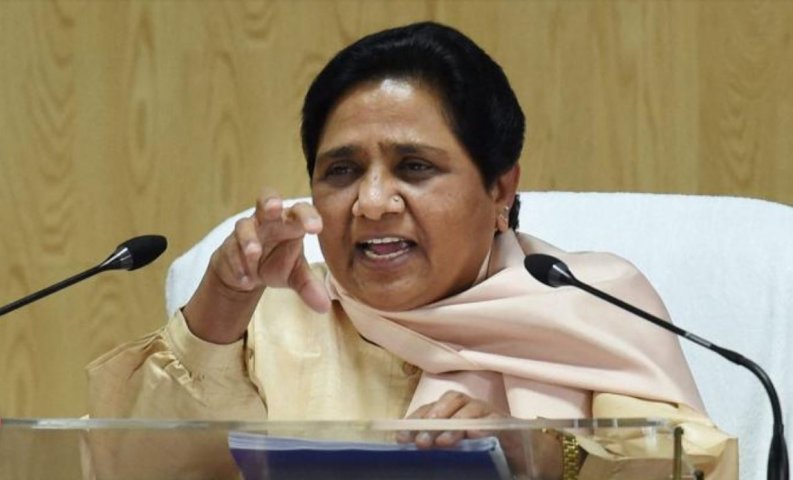 New Delhi: Prior to the assembly elections in three major states, the Bahujan Samaj Party has decided to contest the upcoming Chhattisgarh assembly election in the alliance with Ajit Jogi’s Janta Congress Chhattisgarh. This has put the plans for an opposition “grand alliance” with the Congress in jeopardy.

Mayawati struck a deal with Congress rebel Jogi, after she failed to secure the number of seats she demanded during seat-sharing talks with the Congress in poll-bound Madhya Pradesh, Rajasthan and Chhattisgarh.

After the senior leaders of Congress and other parties intervened, the talks for a grand alliance with Mayawati are still alive, but the parties admitted that there are still many serious obstacles for Mayawati as the Congress is not willing to yield to Mayawati’s demands.

The Congress disagrees with her demand for 50 seats in Madhya Pradesh and 15 seats in Chhattisgarh. Congress leaders allege that pressure from the ruling BJP is the reason for not having mutual consent in the two states.

The BSP is a weak party in all these three states but still this agreement has happened to unite and strengthen anti-BJP votes as the Congress has failed to defeat the BJP in Chhattisgarh for 15 years. Ashok Gehlot, the general secretary of Congress denied the development was a setback. He further said that the main opposition party (Congress) was doing well in the three BJP-ruled state and the people are moving towards Congress to counter the ruling party BJP.

He said, “Every party takes care of its interests and we will not comment on it. But we can adjust only that much. Congress is ready to defeat BJP.”

Mayawati had made it clear recently that only if she gets an “honourable” number of seats in Uttar Pradesh for the 2019 Lok Sabha election, she would enter into an alliance with anti-BJP parties.