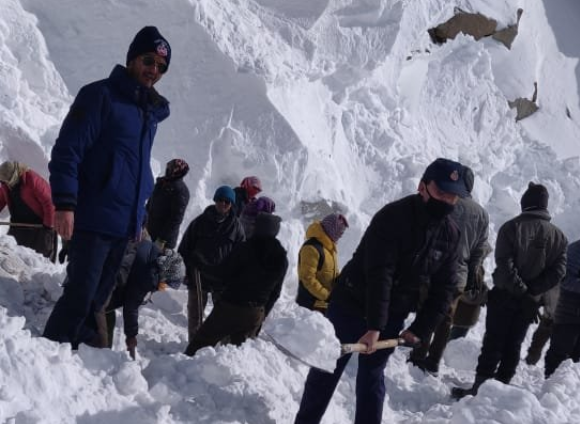 AIR tweeted this photo from the site of the Khardung La tragedy.

New Delhi: A snow avalanche, on Friday morning, in Khardung La, at 17,500 feet in Jammu & Kashmir’s Ladakh, has killed five civilians while five others are feared trapped inside the snow, according to latest reports. Khardung La is one of the world’s highest motorable roads.

Rescuers from the Army, State Disaster Relief Force, police and the district administration have reached the site.

According to the Met department, Leh has recorded a minimum temperature of minus 12-degrees celsius in this winter. The Kashmir valley and the northern parts of the state is under the grip of the harshest period of the winter, which the locals call “chillai kalan”. It’s a 40-day period, which generally ends by the end of January.