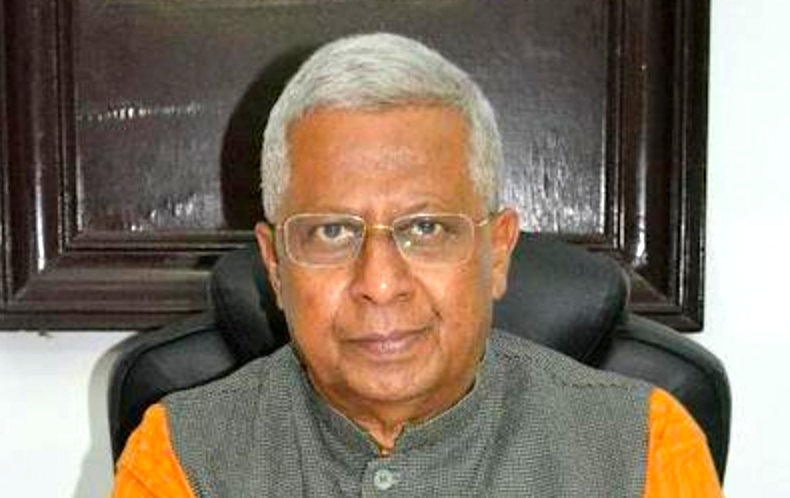 New Delhi: The Congress, on Friday, boycotted the address of governor Tathagata Roy in the Meghalaya assembly for his tweet backing the boycott call of “everything Kashmiri” following Pulwama terror attack. Roy, who is not new to accusations of bigotry and communalism for his controversial remarks, had drawn widespread criticism for this tweet.

Leader of opposition Mukul Sangma, in reference to the tweet, said such remarks by a person holding constitutional office do not augur well for the people and Prime Minister Narendra Modi should have removed Roy from office.

Sangma said, “We boycotted the governor’s address today to demonstrate our strong protest against his tweet after the Pulwama (terror) attack. Is this being the kind of narrative generated by a person holding a constitutional post? Isn’t Prime Minister Narendra Modi aware of it? If the Prime Minister stands by his commitment that his fight is against terrorists, he should have sacked him.”

He further said, “How do you expect to fight against terrorism by alienating people? If there’s a terrorist attack in northeast, will the governor tweet again asking people to boycott northeastern goods and people of northeast?”

On February 19, Tathagata Roy tweeted: “An appeal from a retired colonel of the Indian Army: Don’t visit Kashmir, don’t go to Amarnath for the next 2 years. Don’t buy articles from Kashmir emporia or Kashmiri tradesman who come every winter. Boycott everything Kashmiri. I am inclined to agree.”