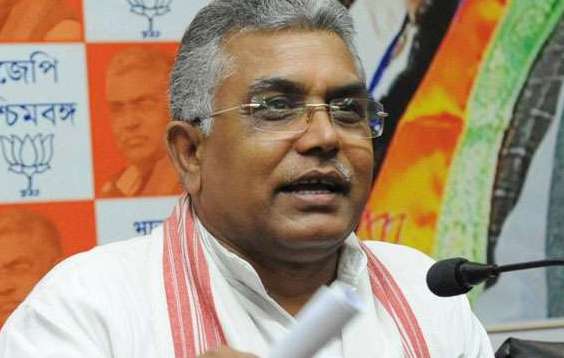 New Delhi: The Bhartiya Janata Party, with an aim to win a large chunk of minority votes in West Bengal, is contemplating to field more Muslim candidates in the 2019 Lok Sabha election. The state has around 30 per cent Muslim population.

State BJP president Dilip Ghosh has confirmed the news. According to media reports, Ghosh said, “Although in our party, tickets are not distributed on the basis of religion, but we are receiving several applications from people of the minority community, expressing their desire to contest elections on our party ticket.”

However, Ghosh reportedly maintained that the plan is still in the initial stage and tickets will be distributed considering eligibility, winning ability and capability of an individual.

While supporting the party’s major political strategy, state BJP Minority Morcha president Ali Hossain said, “It is obvious that in a state like West Bengal, where the Muslim population is near about 30 per cent, we have to reach out to the minorities. The minority community too has realized that the BJP is no longer their enemy as projected by (Mamata Banerjee’s ruling) Trinamool Congress and other parties.”

The party has fielded more than 850 candidates from the minority community in polls to the three-tier panchayats compared to the less than 100 in the last panchayat polls.

However, the TMC has criticized the BJP’s plan and claimed that the minorities in the state have complete faith in party chief Mamata Banerjee and the BJP’s strategy of winning votes against them will not work.

Last week, the state’s BJP Minority Morcha had organized a two-day conference to review the issues related to the Muslim community.