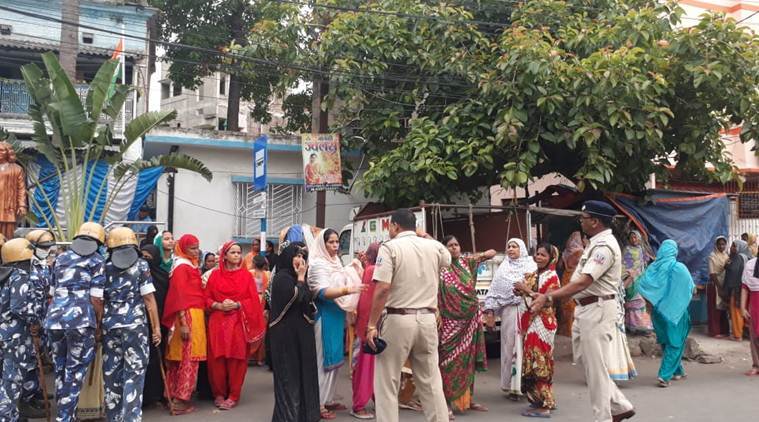 New Delhi: Clashes broke out between two unidentified groups, in West Bengal’s violence-hit Bhatpara, on Thursday. Two people were killed and three others were injured in the clashes.

The violence broke out hours before the West Bengal government the inaugurated the newly formed police station, separating Jagdal and Bhatpara, which is in the North 24-Parganas district. Section 144 has been imposed in the area.

The BJP alleged that two were killed in the police firing whereas police officials denied the allegations saying they only lobbed tear gas shells to control the situation.

On the other hand, Trinamool Congress senior leader Madan Mitra accused the Bharatiya Janata Party of starting the violence in the area and said, “The violence is being triggered by Arjun Singh and his people and we have to take serious action to tackle the situation.”
Arjun Singh is the BJP MP from Barrackpore constituency and Bhatpara falls under his constituency.

However, Bengal home secretary Alapan Bandopadhyay said, “The state administration is looking at the Bhatpara violence very seriously. Some anti-social elements and outsiders are behind this. The chief minister (Mamata Banerjee) and senior police officers have visited the spot in the recent past to take stock of the situation. A new police station has been formed and is functional from today. Rapid Action Force and police reinforcements have been sent. Route march is being conducted in the area. Section 144 has been imposed in Bhatpara, Jagdal and nearby areas. South Bengal additional director general of police Sanjay Singh has taken incharge as Barrackpore police commissionerate with immediate effect.”

Following the unrest, team of police officers along with RAF personnel has been deployed in the area, with shops, market places and business establishments seen downing shutters.