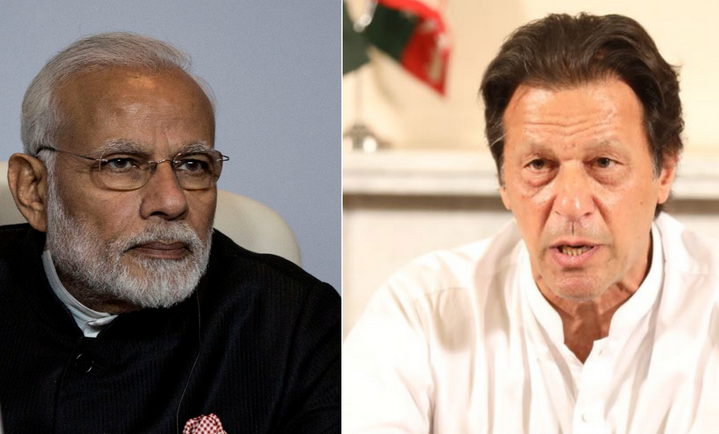 New Delhi: Following the rapid escalation of hostilities between the Pulwama terror attack, which triggered Indian air strikes on terror camps inside Pakistan and subsequent Pakistani military retaliation, world leaders have urged both New Delhi and Islamabad to de-escalate tensions and exercise restrained.

Stephane Dujarric, UN chief’s spokesman, said contacts have been made at various levels between the UN and India and Pakistan, but did not give further details. He said there have been many contacts from all sides including a call from Pakistan’s foreign minister, Shah Mahmood Qureshi.

China’s spokesman for its foreign ministry, Lu Kang, in a briefing, in Beijing, said, “China believes that the sovereignty and territorial integrity of all countries must be respected. We oppose any practices that violate the UN Charter and the norms of international law.”

Lu’s comments came after a telephonic conversation held between the Chinese foreign minister, Wang Yi, and the Pakistani foreign minister, Shah Mahmood Qureshi. China stressed that it did not wish to see actions that violate norms of international relations.

Lu said, “The Pakistani foreign minister briefed state councillor Wang on the latest developments and Pakistan’s stance. State councillor Wang expressed concerns and said that China will still play a constructive role, he also said that he is concerned about the tensions between the two countries and reiterated that the two sides should exercise restraint and avoid escalation. He stressed that the sovereignty and territorial integrity of all countries must be respected. He also talked about China’s efforts in promoting peace and facilitating talks.” However, Lu did not comment to a question on the Indian Air Force pilot in Pakistani custody.

Earlier, on Tuesday, Lu urged India and Pakistan to show restraint after India carried out the air strikes inside Pakistan.

On the other hand, the United States president, Donald Trump, expressed hope that the ongoing hostilities between the two neighbouring countries will end soon.

Trump, at a news conference in Hanoi, Vietnam, after a second summit with North Korean leader Kim Jong-un, said, “We have reasonably attractive news from Pakistan and India. They have been going at it and we have been involved trying to have them stop. We have some reasonably decent news. I think hopefully that it’s going to come to an end.”

He said, “There has been a lot of dislike, unfortunately. So, we have been in the middle trying to help them out, see if there is some organisation and peace. I think that is probably going to happen soon now.”

Australia expressed concern over the situation between India and Pakistan. The Australian foreign minister, Marise Payne, said she was very concerned by the reports of the escalation in the conflict.

Payne, who is on a visit to London, said, “If those reports (of Pakistani jets shooting down an Indian jet) are correct, we would certainly urge both sides to exercise restraint. To avoid further military action, this is a dangerous cycle of escalation.” “I would encourage direct dialogue between both countries to endeavour to resolve these matters in a peaceful way,” she added.

Payne said, “… The cycle of escalation ... is very dangerous for all concerned.”

Earlier, on Tuesday, after India carried out air strikes against terror camps in Pakistan, the spokesman for France’s ministry of Europe and foreign affairs, in a statement, said, “France recognizes India’s legitimacy to ensure its security against cross-border terrorism and asks Pakistan to put an end to the operations of terrorist groups established on its territory.”

Showing support to India, the spokesman added, “France, which stands by India in the fight against terrorism in all its forms, is fully engaged in mobilizing the international community to sanction terrorists responsible for this attack (Pulwama) and freezing their financing networks.”

The Organization of Islamic Cooperation condemned Indian air raids on Pakistani terror camps, on Tuesday. The OIC, in a tweet, on Tuesday, said: “The OIC condemned the Indian incursion and aerial violation and dropping of four bombs today, 26 February 2019. It urged India and Pakistan to exercise restraint and avoid any steps that would endanger peace and security in the region”.

It also urged both the parties “to act responsibly and encouraged them to seek peaceful solution to current crisis without resort to use of force. It also called on them to embrace dialogue and work towards de-escalation of current situation as a matter of priority.”