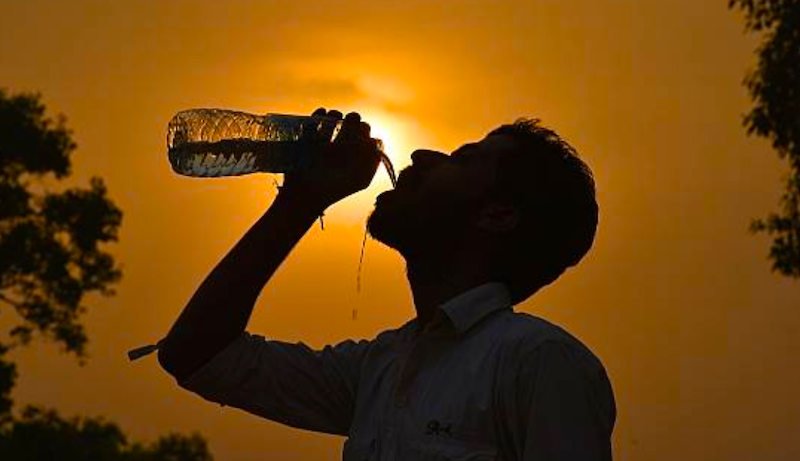 New Delhi: The current spell of the heatwave in India is on course to become the longest ever as searing temperatures killed four train passengers, drained water supplies, and drove thousands of tourists to hill stations, which are already bursting at the seams.

The mercury breached 45-degrees celsius in Uttar Pradesh’s Jhansi, Rajasthan’s Churu and Bikaner, Hisar and Bhiwani in Haryana, Patiala in Punjab, and Gwalior and Bhopal in Madhya Pradesh.

In spite of the little rain on Monday morning, the capital recorded a maximum temperature of 45.4-degrees celsius at Palam.

With a heatwave spell stretching 32 days, 2019 has already seen the second-longest spell of scorching temperature ever recorded. However, if the mercury doesn’t dramatically drop in the next two days, 2019 will become the year with the longest heatwave spell in recorded history.

The four people, three of whom died on Monday evening, were part of a 67-member group returning to Coimbatore in Tamil Nadu after visiting Agra and were travelling in non-AC sleeper coaches.

In major cities across northern India, the demand for power and water surged even as many sources of water ran dry. The peak power demand in Delhi broke all records of this season on Monday and touched a high of 6,686MW, according to the reports. The situation tends to be worse where there is no secondary source of water supplies such as tanks and pipes.

Meanwhile, experts warned that monsoon relief was still some time away with the severe cyclonic storm, Vayu, barrelling towards the Gujarat coast and drawing rain clouds from over the sea.