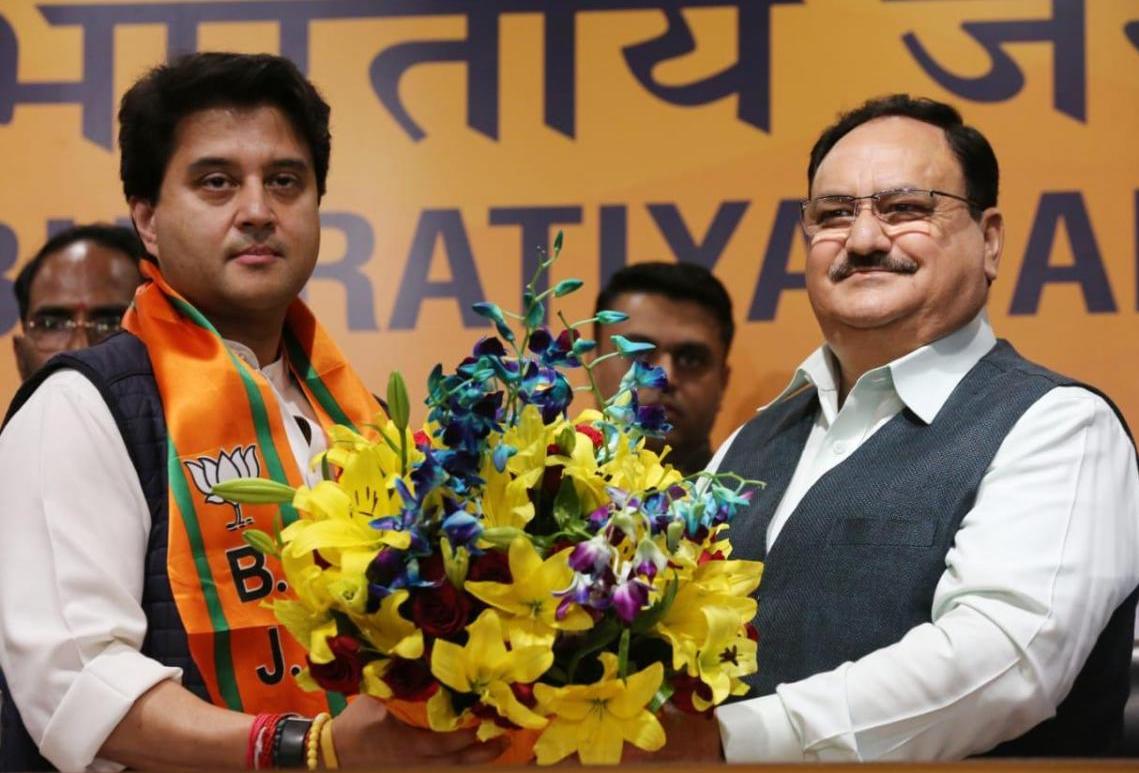 Within hours of joining the BJP, Scindia was named as a BJP Rajya Sabha candidate by the party. The scion of the erstwhile Scindia royal family who was seen to be close to former Congress president Rahul Gandhi, Scindia is also likely to get a ministerial berth in the Union government as a reward for dumping the Congress and joining the BJP.

This comes within two days of Scindia meeting the prime minister, Narendra Modi, and the home minister, Amit Shah, and quitting the Congress party.

Soon after joining the BJP, Scindia showered praises on Modi while assailing the Madhya Pradesh chief minister, Kamal Nath, for “failing to keep its promise” of loan waiver to farmers and providing jobs to the youth.

Meanwhile, the Kamal Nath government is facing an existential crisis following the rebellion by Scindia and 22 Congress members of the Madhya Pradesh legislative assembly, who also resigned along with Scindia.

If the speaker of the assembly accepts the resignations, it would bring down the effective strength of the house to 206 from 228, which will make 104 the simple-majority mark. The BJP, which has 107 MLAs, will then be able to stake claim to form the government after defeating the Congress government if a floor test is called.